September 25, 2020: At the beginning of next year the Art Institute of Chicago will be showing Bill Wilson's collection of works by Warhol's friend and colleague, Ray Johnson. I've written a short essay on Bill, Ray and others on my Academia page, called "William S. Wilson and Ray Johnson et al." Click on the title to read it - includes the relevant excerpts from the original manuscript of The Real World.

September 8, 2020: Prague Photographer Michal Lysek has sent in some great photos of Mikova, the birthplace of Andy Warhol's parents and the Andy Warhol Museum in Slovakia: 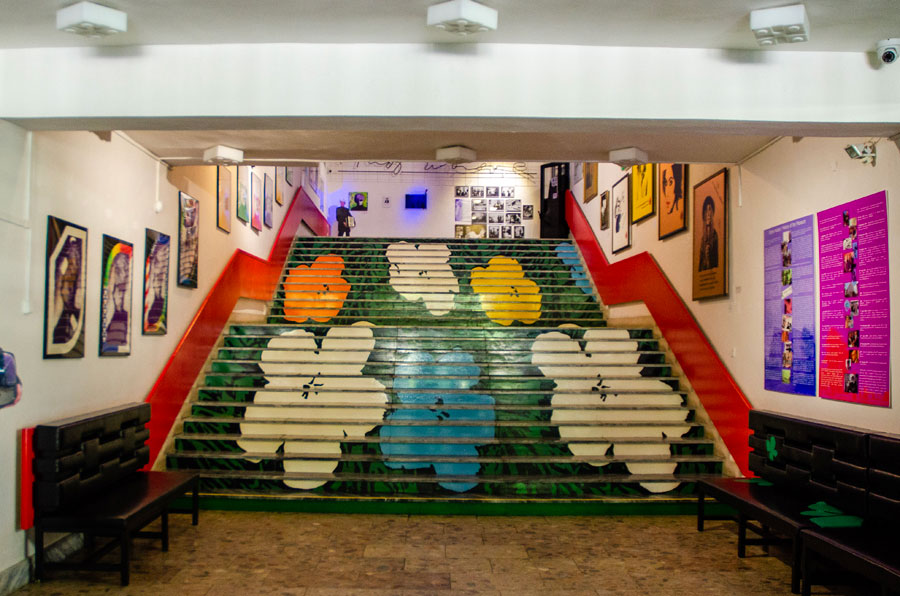 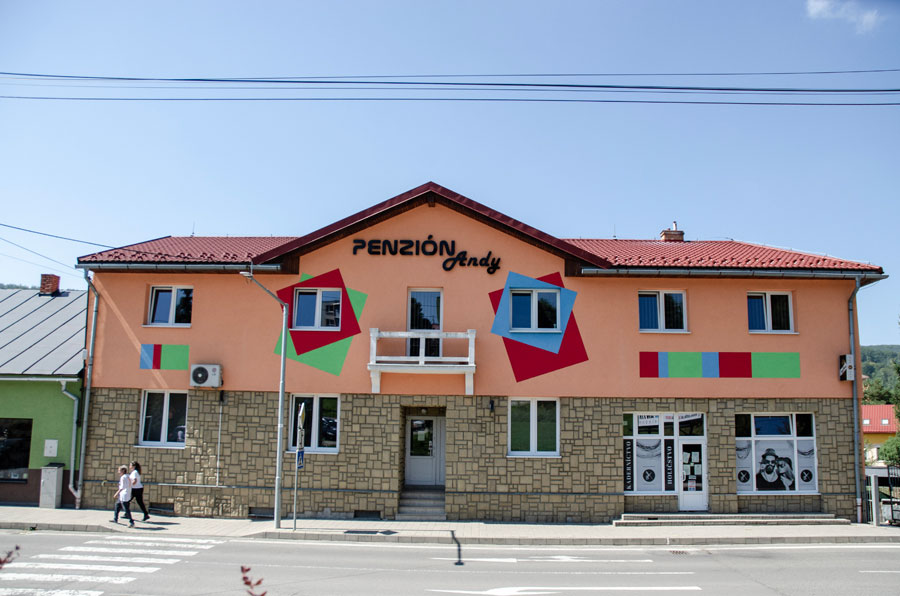 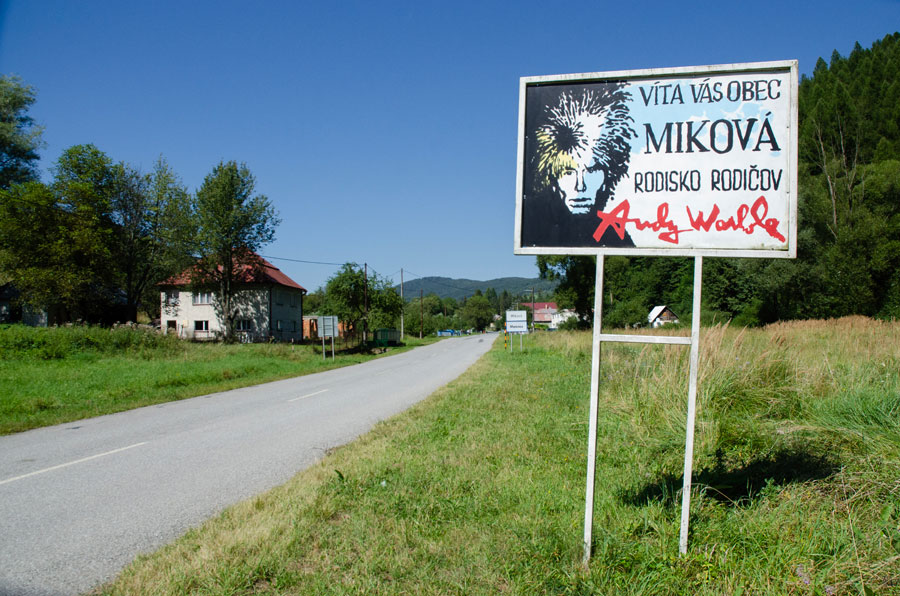 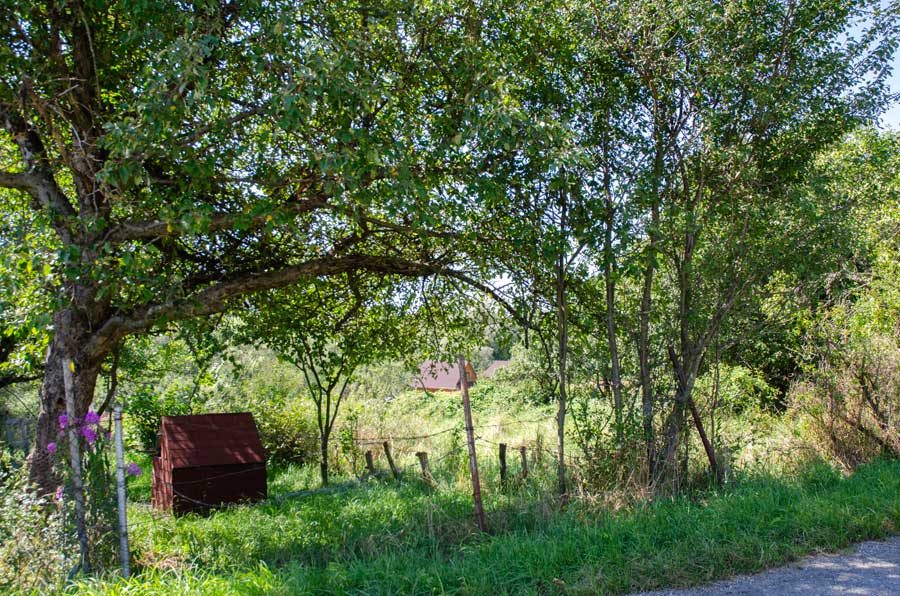 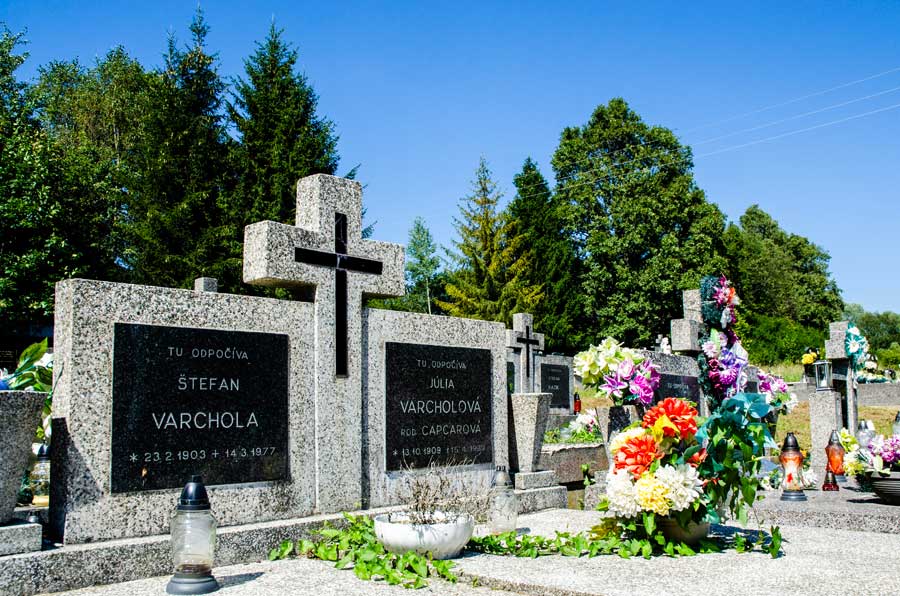 The cemetery in Mikova (not the grave of Andy Warhol's mother) (Photographer: Michal Lysek)

September 3, 2020: There will be a digital strike today in regard to the Tate's decision to lay off BAME employees. For details on how you can participate, go to PCS Tate United or search for #TateDigitalProtest or #SaveTateJobs on Twitter.

August 27, 2020: The Tate Bursary recipients have come out in favour of the current strike. They have issued a letter to the Tate demanding "no redundancies while anyone at the Tate is paid more than £100,000."

The Tate is a registered charity. The letter from the Bursary recipients states that "Despite being given £7 million in support by the British government, Tate Enterprises are planning to make 313 members of staff redundant. These include some of the lowest paid, most precarious, and most disadvantaged members of staff at Tate Galleries."

A review of the Warhol biographies

August 15, 2020: I often get enquiries asking what the "best" Warhol biography is. I am currently writing a review of the various Warhol biographies - old and new - that have been published since his death. It should be online by next weekend and will hopefully be of some assistance to students and researchers.

Tate galleries to lay off 50% of of its commercial workforce

August 13, 2020: The Guardian newspaper announced yesterday that the Tate galleries in the UK are laying off 50% of their commercial workforce despite the strikes due to start on Tuesday August 18th (see below). Tate galleries are funded by UK taxpayers through the Department for Digital, Culture, Media and Sport and are a registered charity.

Ben Quinn has previously noted in The Guardian, that "trade unions and others say" that the job cuts "will disproportionately affect black and minority ethnic staff..."

PCS Tate United is asking for people to join the strike at the Tate Modern on Tuesday August 18, Wednesday August 19 and Friday August 21.

The Tate Modern is currently hosting an Andy Warhol retrospective in cooperation with Bank of America.

"Thanks for nothing Southbank Centre!"

August 8, 2020: The Southbank Centre, where the Tate Modern is located, has issued a statement about the hardships they face in regard to pandemic, writing "We recommit to expanding the diversity of voices that lead artistic decision making... to better reflect the city and culture we live in."

Union members, under the twitter handle of SouthbankSOS, respond: "Thanks for nothing Southbank Centre! This was sent to the BAME group this morning after our open letter response called them out for their terrible, offensive, inept behaviour. This sums up their approach to diversity and inclusion after months of conversations and negotiations."

SouthbankSOS is asking artists and the public to sign an open letter to the Southbank. 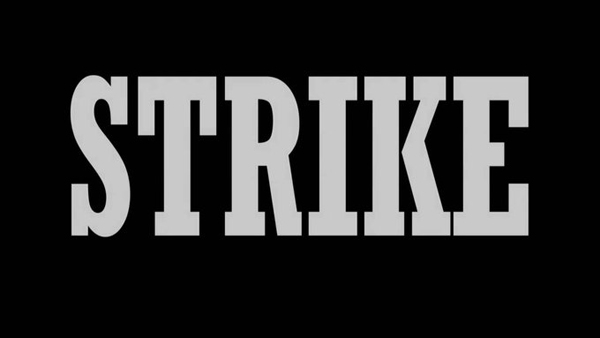 August 5, 2020: UAL: End Outsourcing – a campaign run jointly between GMB and Unison (the public service union with 1.3 million members) - is now supporting the Tate workers' strike. Other supporters include the Royal College of Art UCU. The strike at the Tate Modern begins on August 18, 2020.

The Tate Modern is currently hosting a major Andy Warhol exhibition "in partnership with" the Bank of America. Although it is being billed as a retrospective, it should not be confused with the Whitney's earlier retrospective. The Tate Modern show was organised in collaboration with the Museum Ludwig (Cologne) where it is being advertised as "Andy Warhol Now." After Cologne it is due to travel to the Art Gallery of Ontario and the Dallas Museum of Art.

August 4, 2020: Tate workers have voted to strike. The Public and Commercial Services Union has announced in the last 30 minutes that 88% of their members voted in favour of strike action, with a turnout of 79.3% of members.

PCS General Secretary, Mark Serwotka: "This is a fantastic result and shows the determination of our members to see jobs saved at the Tate."

Strike action is due to begin on August 17th.

The Tate is currently hosting a major Andy Warhol exhibition which was previously interrupted by the Covid lockdown.

August 2, 2020: Lizzie Homersham has covered the demonstrations at the Tate Modern in Artforum which is currently hosting an Andy Warhol exhibition in partnership with the Bank of America.

Accompanied by a photograph of a banner which reads "Tate Eats Diverse Art Spits Out Diverse Staff," Homersham writes:

"SHAME ON TATE.” This chant reverberated at a protest organized by dozens of staffers with PCS Tate United and PCS Culture Group on Monday, ensuring that no visitor to London’s Tate Modern—newly reopened after four months due to the pandemic—could think it accepted or normal for the institution to threaten 334 employees of its commercial arm, Tate Enterprises, with redundancy...

Tate’s own sign—a big “THANK YOU KEY WORKERS” message added to the museum’s lightbox in May—was still highly visible, facing out to the River Thames, but I saw nothing outside about additional cautionary measures to curtail the spread of Covid-19 (Tate outsources its cleaning and security staff to partner companies who do not recognize the union, and who afford only statutory sick pay).

“If they’re not safe, it can’t be safe to open,” said a twenty-two-year-old woman queueing with a Tate member at 9:30 AM to enter the Andy Warhol retrospective. “We feel betrayed,” one of the demonstrators told me, pointing out that “those of us taking the brunt of the cuts are the most diverse, the working class, women, people from Black and minority ethnic backgrounds.”

The article notes that the "London-based Tate Commerce workers are now being legally balloted for strike action, with this ballot closing on August 3. A consultative ballot carried out by PCS two weeks ago saw 99 percent of union members respond, of whom 93 percent voted to take action."

The full article can be read on Artforum. 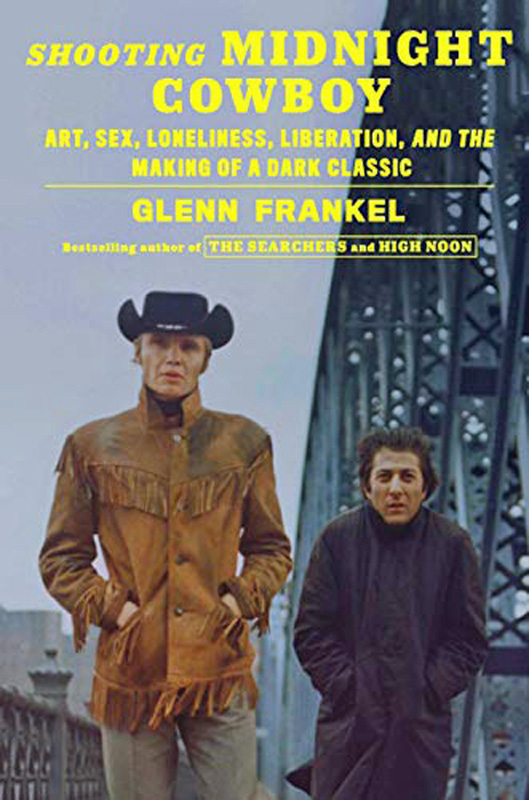 August 1, 2020: Glenn Frankel's book, Shooting Midnight Cowboy: Art, Sex, Loneliness, Liberation and the Making of a Dark Classic, will be published by Farrar, Straus and Giroux in March 2021.

Although Andy Warhol wasn't directly involved with the making of the film, members of the Factory appeared in the party scene. Sylvia Miles, who later appeared in in Heat (directed by Paul Morrissey for Andy Warhol), was also in Midnight Cowboy.

Matt Dillon and Vic Ramos were coming to lunch... Matt was wearing pink shoes that he said he got on St. Mark's Place. And he was talking about Midnight Cowboy and imitating the fag in it, putting on sort of an affected accent, like British or a little like Fred when he's Mrs. Vreeland. And Matt has the ear to be a very good actor. Vic Ramos was the casting person for Midnight Cowboy who put Paul and Jed and Ultra and everybody in the party scene. I wasn't in it because I was in the hospital, it was in the summer of '68 right after I got shot.