Taylor Mead in Lonesome Cowboys: "It's the weekend and its my time to be stoned." 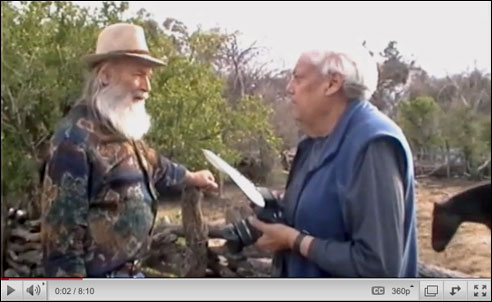 Andy Warhol's Lonesome Cowboys is probably one of the best documented productions of Warhol's films of the sixties. In addition to the accounts of the filming provided by the superstars who were in the movie, we also have the account of art writer (and later, Warhol biographer) David Bourdon who accompanied Warhol and his troupe of actors to Arizona where the movie was made. According to Joe Dallesandro's biographer, Michael Ferguson, Bourdon "was along for the trip on an assignment for Life [magazine]." (JOE53) In addition to those accounts, there are also the censored but informative reports provided by the F.B.I. who investigated the film.

During the filming, Warhol and his entourage stayed at the Rancho Linda Vista Guest Ranch where much of the film was shot - an arts community that still exists today. Their Facebook page is here. 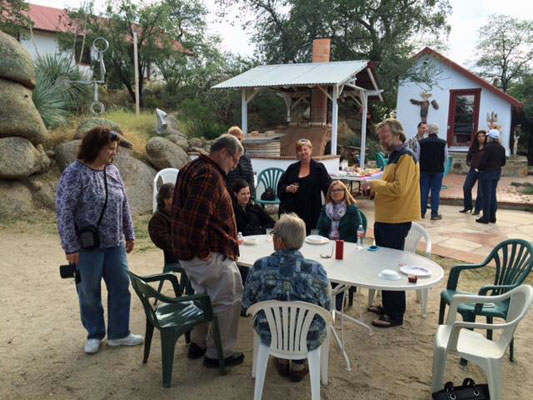 According to one of the reports prepared by the F.B.I. on Lonesome Cowboys, "ANDY WARHOL Films, Inc. of New York City, N.Y. arrived at the Rancho Linda Vista Guest Ranch at Oracle, Arizona on 1/24/68 to stay one week. Complaint received that on 1/27/68 they made an obscene film... Warhol, technical help, and actors returned to New York City , N.Y. with film on or after 1/28/68." (MKR9) Later the F.B.I. gave the 30th of January as the "believed" departure date, noting that Warhol probably left on American Airlines Flight #90 to New York, departing at 10 pm on the 30th and making one stop in Atlanta Georgia. (MKR20/25)

According to David Bourdon the filming of Lonesome Cowboys lasted for five days. After arriving on the 24th, they started filming on Friday, January 26th and finished on Tuesday, January 30th. Bourdon writes, "On Friday, his first day of shooting Warhol spent several hundred dollars to rent space, costumes, props, and horses at Old Tucson, an outdoor Western movie lot that reproduced the main street of that town as it looked in the third quarter of the nineteenth century." (DB272)

Paul Morrissey, however, has stated that "We made the film over a Friday morning, Saturday and Sunday morning. (FPM21) Morrissey has also claimed that he directed the film, not Warhol. When asked by a Phoenix reporter in 2012 about co-directing the film, Morrissey replied “I didn’t co-direct it. I directed it. I directed it, wrote it, financed it, cast it, did the location... I did everything!” (CO) 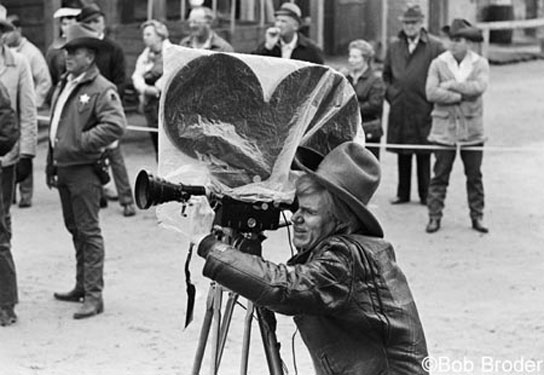 Friday was the only day they shot at Old Tucson - 12 miles west of downtown Tucson. The rest of the time they shot at Rancho Linda Vista. Old Tucson still exists as a tourist attraction and is still used for shooting movies and television shows. Their website is here. 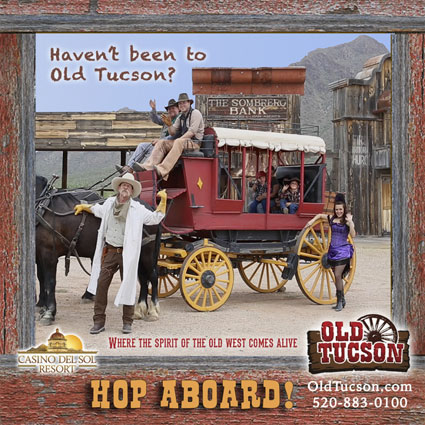 After filming at Old Tucson, Warhol's group gave a press conference at the Tucson Press Club.

Warhol's group drove directly from Old Tucson to the Tucson Press Club, where Morrissey and Viva fielded most of the questions at a cocktail conference. "This is our two-hundredth film without a script," Morrissey said. "Oh, there's never a script," Viva added. "we write it afterward from the sound track... Men seem to have trouble doing these nonscript things. It's a natural for women and fags - they ramble on. But straight men can't."

Our movies are not experimental as films," Morrissey said, "but experimental as drama. There's a minimum of dramatic interest, but they are still interesting because of the content of the dialogue. They are very primitive as films but revolutionary as drama." A journalist asked when the film would be released. Morrissey answered, "As soon as it comes back from the drugstore." (DB274)

According to Popism, Warhol edited the Lonesome Cowboys footage at home while recuperating from being shot by Valerie Solanas on 3 June 1968. (POP284) Warhol left hospital in late July 1968, but Paul Morrissey had claimed in an article that appeared in the 18 April 1968 Village Voice that the film would "open in a month in theatres all over the country." 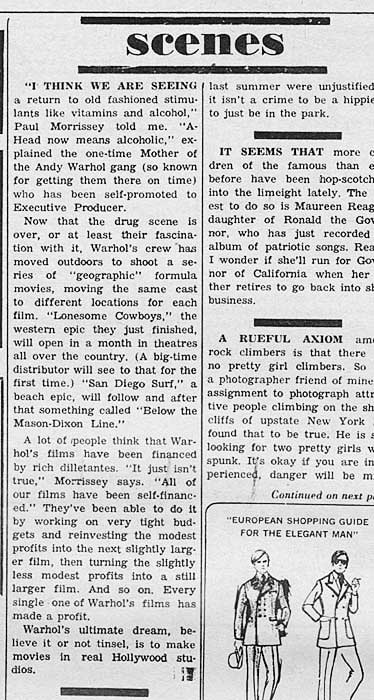 The film opened in New York on 5 May 1969 at two venues - the New Andy Warhol Garrick Theatre at 152 Bleecker Street and the arthouse cinema, the 55th Street Playhouse, at 154 West 55th Street. The ad announcing the opening took up most of a page of the Village Voice: 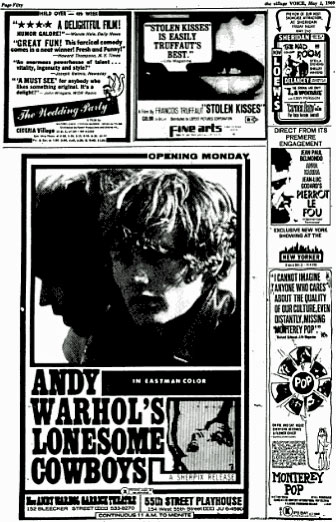 Prior to Lonesome Cowboys, Flesh had been showing at the New Andy Warhol Garrick Theatre. The distributor for both films was Sherpix. Louis K. Sher founded Sherpix in the summer of 1965. According to film scholar David E. James, Sher owned "a national chain of twenty-nine theaters" known as the Art Theatre Guild. (DJM222) One of these cinemas was the Cinema Theatre in Los Angeles where Sleep and other early Warhol films had been shown. (By the time of Lonesome Cowboys the Art Theatre Guild had apparently grown to 40 cinemas, according to the New York Times. (See NYT article on next page and the essay on Sleep.)

Sherpix became known mostly as a distributor of counter-culture adult or horror films until ceasing operations on 1 March 1974. Films distributed by Sherpix included the gay films Meatrack (1970) and Pink Narcissus (1971).

Only 3 films are listed on IMDB page for Sherpix prior to Flesh and Lonesome Cowboys. All three are English versions of foreign language films - a 1962 Danish soft-core comedy Det tossede paradis (Crazy Paradise); a 1964 Brazilian film called Noite Vazia (Men and Women) about two friends who pick up a couple of prostitutes and end up revealing the emptiness of their own lives; and a 1964 Italian comedy 002 Agenti Segretissimi (Oh! Those Most Secret Agents) about two Italian guys who are mistakenly taken for couple of KGB agents. (Anthony Slide, The New Historical Dictionary of the American Film Industry (NY: Routledge, 2013), p. 186)

Vincent Canby reviewed Lonesome Cowboys for the New York Times, referring to it as a "unidrama" that "isn't so much homosexual as adolescent."