RWA Bristol: "The work has not been officially authenticated and the RWA do not support any claims of authentication by the owner." 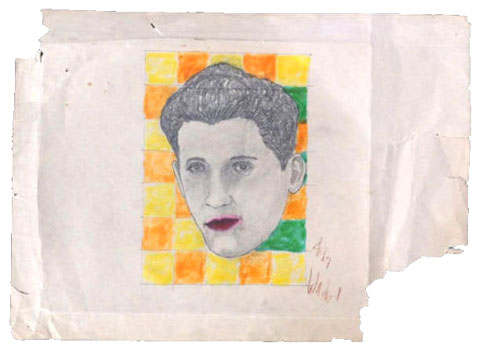 The Royal West of England Academy in Bristol, England have now acknowledged that the work they previously claimed was the "earliest known work by Andy Warhol" has not been officially authenticated and they "do not support any claims of authentication by the owner." A copy of their statement is archived here. The work is claimed by its owner, Andy Fields, to be a childhood drawing of Rudy Vallée by Andy Warhol.

A site-user has also sent me a press clipping about Mr. Fields' father, Ronald Fields, who was convicted in 1990 for "conspiracy to obtain cash and property by deception:" 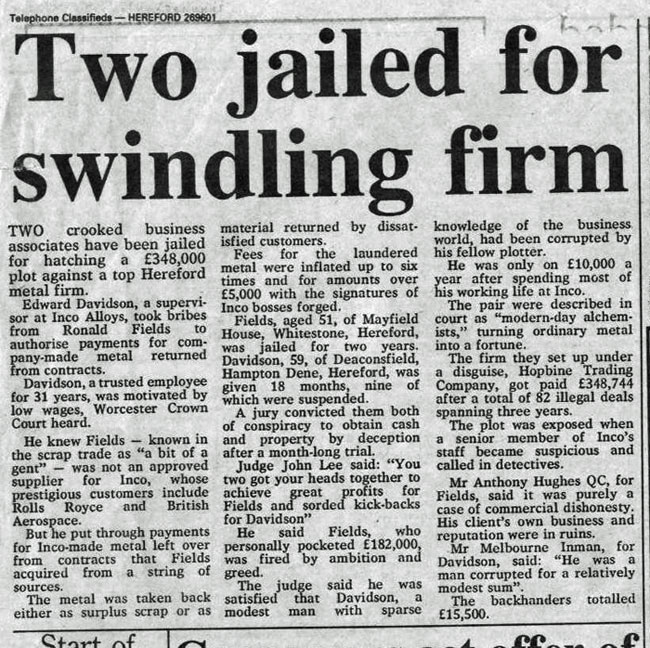 In regard to Ronald Fields' son, Andy Fields, and the alleged Warhol drawing - press reports had claimed that there was an expert who had authenticated the work. It now appears that no experts have done so. One person has appraised the work but, as noted by the RWA, that appraisal was based on the hypothetical condition that the painting should turn out to be a real Warhol. The RWA notes "the [appraiser's] report also states that 'an appraiser is not an authenticator' and that the valuer will assume that the work is genuine if its identifying characteristics match that of a genuine work by Warhol."

The appraiser who gave it the hypothetical value of $2 million is named in the RWA statement as "Brett K. Maly ASA, of Art Encounter." ASA stands for the American Society of Appraisers. According to the ASA's code of ethics (available here), only Senior Members are allowed to use the post-nominal initials of ASA. I will be writing to the ASA for confirmation that Mr. Maly is a Senior Member of the organisation and to ask whether the hypothetical evaluation he has provided concurs with their code of ethics.

According to the RWA's statement, the hypothetical appraisal given in this case was "sought for the purpose of gaining insurance... providing the price needed to replace the work with one of similar 'age origin, appearance, provenance and condition'" - in other words, the value of a 'like for like' replacement should anything happen to the work. But that is not what Mr. Maly has provided. He has provided a value based on what it would cost to replace an unauthenticated work of art with an authenticated work of art. It is not a 'like for like' replacement. He needs to come up with a price of how much it would cost to replace a unauthenticated work with another unauthenticated work. The fact that the alleged Warhol painting of Rudy Vallée has been valued at such a high value when no experts have come forward to say it is a real Warhol raises serious concerns in regard to the insurance.

The appraiser, Brett Maly, is listed as the "President" of Art Encounter which, in addition to appraising art, also sells it and offers other services such as framing. Before he became an art appraiser Mr. Maly was a production assistant at Showtime Television and a DJ at KOOL radio (105.5).

One service that Art Encounter offers is their "Online Art “E-Pinions” but presumably that was not the service which was used for the appraisal of the alleged Warhol work because Art Encounter's website specifically states that "Art Encounter’s 'E-Pinions' are NOT certified appraisals (which typically entail physical inspection and a more thoroughly documented scope of work) and are not intended to be used as such. 'E-Pinions' are designed for the client’s use only."

Art Encounter also has a Facebook and Twitter page. On 14 June 2010 on their Facebook page, they announced that their featured artist was Andy Warhol with a link to a page on the Art Encounter page. That page has since been taken off the net but it can be seen here.The page says "Although his paintings sell for millions, you can 'think rich,' as the artist often said, with our incredible Summer Sale on Warhol's prints and posters through our partner site: www.artprintpros.com."

But artprintpros.com doesn't exist anymore. An archived copy of their Warhol page, however, can be found here. The page consists of what are called "Fine-art prints" by Andy Warhol. Unfortunately the images of the "Fine art prints" they sold are missing from that page, but presumably they were licensed prints as it would be unusual practice for an art appraiser to link his company to a "partner" company selling unauthorised prints. Many of the prints on the page are priced $11.99 which seems a low price to pay for an authorised "Fine-art print" by Andy Warhol.

"When viewing art, the Board has three options: to stamp the work 'denied,' to neither verify nor deny due to lack of provenance, or to authenticate it. The Board was dissolved by the Andy Warhol Foundation for the Visual Arts in October 2011. At the same time, the owner of the work on display was preparing to re-submit the portrait to the Board, following a prior ruling that fell into the middle category."

That is not what the painting's owner, Andy Fields, said in an email sent to a member of the Warhola family in October 2011. Here is a screen grab from his actual email in which he explained the position of the Authentication Board to a member of the Warhola family. According to Fields in October 2011, the Board explicitly stated that the work was not by Warhol and neither was the signature.

In the same email Mr. Fields says that he approached The Warhol museum with the work and, according to Fields, the museum told him that he "must make a connection from the gentleman" he "bought the picture from in Las Vegas back to the Warhol family in Pittsburgh in the early days." The museum is not connected to the Authentication Board. They are a separate entity, part of the Carnegie Museums group. They do not authenticate art. Fields attempted to make the connection to the family by claiming that the painting was connected to them through someone named Edith Smith, but the family has denied knowing an Edith Smith.

Unfortunately, the RWA repeats some of the assertions that appeared in previous statements. They state that the work can be perceived as "full of the Pop Art motifs we have now come to recognise, including Warhol's signature bright red lips, thought by the owner to have been made using lipstick, and a typically Pop Art blocked background, coloured green and orange." A checkerboard background is not typical of Pop Art. Can the RWA name many other Pop Art paintings with such a background? If the background is "typical" of Pop Art, they should be able to name quite a few other works with that motif.

On the main page for their exhibition the RWA asks about the painting "Does this 70-year-old piece of paper have what it takes to re-write the history books?" If the paper is 70 years old, it does not mean the painting is 70 years old. You can buy 70 year old paper on the internet. If you google search terms such as "old plain paper for sale" a number of sites come up, including one here. Near the bottom of that page is a comment by "CSLeaf" selling "some old sheets of laid paper cream, with or without slight foxing 1880's, 1903, & 1929 (in laid, thin parchment likely a velum or thick sheets)."

Surprisingly, despite the fact that the RWA begins their essay by saying that they "do not support any claims of authentication by the owner," they go on to ask about the painting, "if it is deemed a 'fake,' does it necessarily lose its artistic and historical value alongside its financial value?" Can the RWA name any other painting in art history that has not lost its artistic and historical value if it is "deemed a 'fake'?"

The question the RWA should be asking is not whether a painting loses its value if it is (in their words) "deemed a 'fake'" but whether it is ethical of an institution such as the RWA to exhibit a painting when no experts have confirmed that the work is actually by the claimed artist. Has the exhibition of the painting damaged the reputation of the RWA? By exhibiting the Rudy Vallée painting, they are creating a provenance for it. In the future the owner of the painting can list the RWA's exhibition of the work as part of its provenance. He will not be under any obligation to note that the RWA "do not support any claims of authentication by the owner" if he tries to sell it in the future or ever attempts to claim the insurance on the painting.