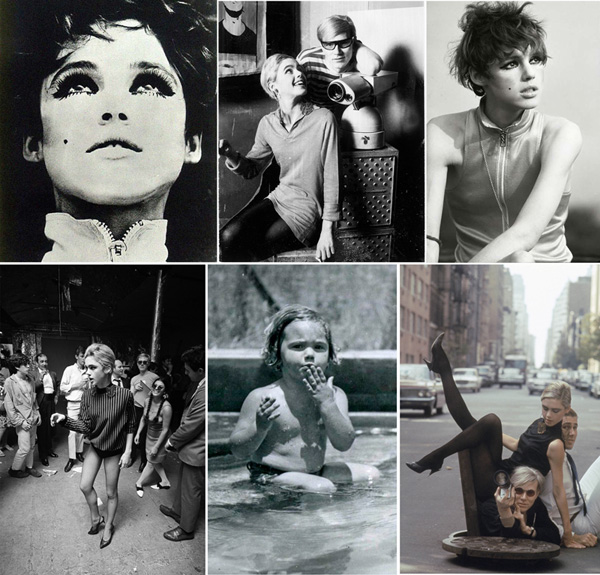 The Superior Court of the State of California for the County of Santa Barbara has ruled that the "publicity rights" to "Edie Sedgwick" belong to David Weisman, and not to her husband Michael Post. Weisman was the co-producer of the non-Warhol film, Ciao! Manhattan, starring Edie Sedgwick.

In her decision, Judge Geck had to consider whether Edie was a "deceased personality" at the time of her death - similar to celebrities like Elvis, for instance. She concluded "None of the film or activities that Edie engaged at the Warhol Factory during the short distinct period of April 1965 through November 1965 were commercial, for which she ever received monetary compensation. During that time, Edie appeared in editorial articles in a few New York publications including Vogue and Time, but she never was compensated for any such appearances in modelling or news publications." (Decision, p. 4)

When Edie died,her estate consisted of two assets: Cash in the sum of $3,807.73 and 2) 65 shares of Capital Stock of Western Independent Corporation. Post received her assets, but it did not include publicity rights because none were listed. Because she had not been paid for her Warhol films or her magazine work, there was no evidence that at the time of her death, she had a commercial value. She was not, therefore a "deceased personality" according to the legal definition of such. As noted by Judge Geck, the Court finds that "Edie Sedgwick was not a deceased personality under California Civil Code section 3344.1 because her publicity rights did not have commercial value at the time of or as a result of her death on November 16,1971..." (Judgment, p.2).

According to Judge Geck, Edie signed away her "publicity rights" prior to her death to David Weisman. (Judgment, p. 2) A clause in the Ciao! contract specified the following: "ARTIST hereby grants PRODUCER all rights, worldwide, in perpetuity, in all media and in all means whether presently known or unknown, to the results and proceeds of ARTIST'S services, and grants PRODUCER the right to utilize ARTIST'S name, likeness and biography in connection with advertising or publicizing the motion picture CIAO! MANHATTAN."

The Judge noted that the plain language of the Ciao! contract assigns to Plaintiff "all rights, worldwide, in perpetuity.... as well as an assignment of Sedgwick's publicity rights for Plaintiff's exploitation in connection with Ciao! Manhattan." (p. 12) In other words, the producer (Weisman) was granted "all rights" in perpetuity and not just the rights in relation to his film. In her judgment the Judge specifically mentions that those rights include the "rights to her [Edie's] biography in addition to her publicity rights." (Judgment, p. 2)

The Judgment is a far-reaching decision which means, presumably, that Weisman would have to grant permission to anyone wanting to use Edie's likeness in films or books. I'm not sure what ramifications, if any, this would have for a project like the new Warhol docuseries being made by Ryan Murphy, assuming that Mr. Murphy is including Edie as a character.

The battle over Edie's rights has been going on for some time. Between 2009-2010 a claim was brought against Michael Post in the California Superior Court, Santa Barbara by Edie's niece, Leila Minturn Dwight, with the support of Edie's four sisters (Alice, Pamela, Kate and Suky) and her one surviving brother, Jonathan Sedgwick. The case was dropped before it went to trial.

Between 2011-2014, Weisman brought a claim in U.S. Federal Court against both Michael Post and Sanrio (exclusive licensee of Warhol Foundation in Japan). Part of this case was settled, as covered in the Hollywood Reporter. Immediately afterwards, in October 2014, Weisman filed a further claim in California State Court for a declaratory judgment in regard to the ownership of "publicity rights." It was finally resolved in David Weisman's favour, with the current Court Judgment, as outlined in this article.