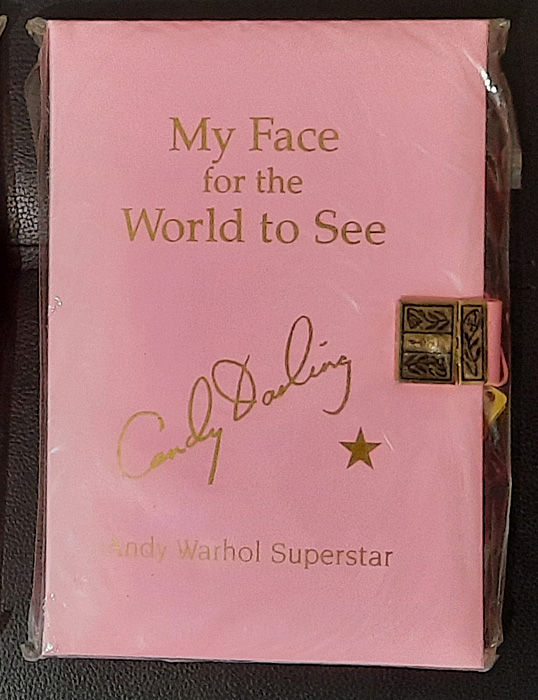 Candy Darling's diary (not to be confused with the film)

Hari Nef from Transparent will portray Candy Darling in a new biopic written by Stephanie Kornick. Although press reports are referring to Darling as "transgender," that term was not in use when she was appearing in films like Flesh, directed not by Andy Warhol but by Paul Morrissey (although produced under the auspices of Andy Warhol Films Inc.)

The biopic, yet to be titled, will include Candy's 'friendships' with Jackie Curtis and Holly Woodlawn.

Although Candy, Jackie and Holly were often referred to as friends in the press, Holly Woodlawn later said that they "couldn't stand one another most of the time:"

"In the eyes of outsiders, we were the Andrews Sisters of the Underground. I would have loved it if it were true, but he fact is after we each attained our Superstardom, we became competitive rivals and couldn't stand one another most of the time." (The Holly Woodlawn Story: A Low Life in High Heels (NY: St. Martins Press, 1991) p. 242-43)

Although at least one press report refers to Candy Darling starring in "Warhol's" ground-breaking film, Women in Revolt, it was actually directed by Paul Morrissey who owns the legal rights to the film. (See Who Directed Women in Revolt.) Andy Warhol is acknowledged as the producer of Women in Revolt in the film cat. rais. although he isn't credited as such in on-screen credits of the film.

No director has been announced for the biopic yet. Christian D. Bruun, Louis Spiegler, and Katrina Wolfe are producing, with executive producer, Zackary Drucker.

New York at the Jewish Museum 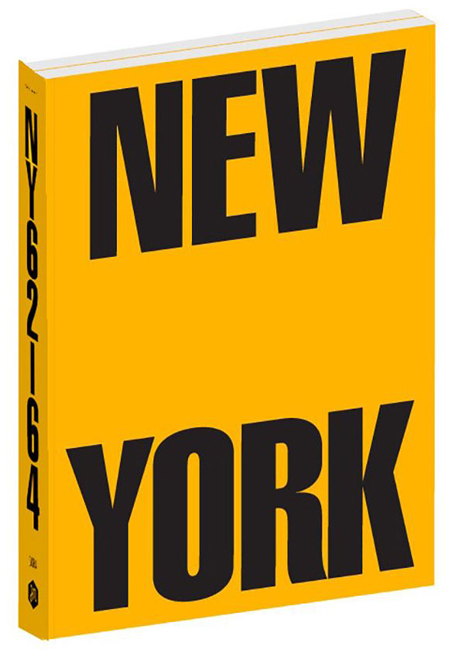 Exhibition catalogue for New York: 1962-1964 at the Jewish Museum in New York

Pictured above are the participants of the round-table discussion that took place at the University of Pennsylvania during the "Translating Warhol" symposium as detailed below. The papers are included in the Journal of Art Historiography, which I really do recommend. It's a fascinating new way of looking at Warhol which includes new information about the the artist and his background (i.e. Rusinko) and the way his work and life is approached in other countries. A monumental achievement for the symposium organiser - the Warhol (and Goya) expert Reva Wolf.

The issue of the Journal of Art Historiography coinciding with the Translating Warhol symposium (see below) is now available online as Issue 26 of the journal, guest edited by Reva Wolf, author of Andy Warhol, Poetry, and Gossip in the 1960s. HIGHLY RECOMMENDED.

A free symposium on Translating Warhol will take place at the University of Pennsylvania Thursday - Friday, June 23 - 24, 2022. The full list of participants can be found in the Speakers section of the Symposium website.

Legend has it that the painting of Marilyn Monroe by Andy Warhol that sold for $170 million at Christie's auction on May 9, 2022 was one of four Marilyn paintings that were shot with a gun by a 60s character, Dorothy Podber. Podber did not hang out at the Factory generally, but she did know Billy Name who was the only person who actually lived there.

The reason the auctioned painting was considered to be one of the "shot" Marilyns was because Rainer Crone had designated it as such in the very first catalogue raisonne. The current cat. rais., however, notes that only the Shot Orange Marilyn and Shot Light Blue Marilyn "show any evidence of haing been damaged and repoaired." (p. 278 of Volume 02A) The Sage Blue Marilyn sold at Christie's was not damaged or repaired.

Who was at the Factory with Dorothy when she shot the Marilyns is open to question. When I queried the art collector and friend Bill Wilson about the visit, he said that the mail artist Ray Johnson told him that he was there. (Johnson knew Warhol, of course, but, like Dorothy was not a regular at the Factory. Johnson possibly assisted Warhol on Jill Johnston Dancing, but did not appear in any films by Warhol, according to Warhol scholar Callie Angell. (Email from Bill Wilson to Gary Comenas, 26 November 2003)

Here is the email from Bill telling me what Ray told him:

Subject: Valerie and Dorothy when not in Kansas anymore...

I am in touch with both Callie Angell, and Billy Goat/ a/k/a Billy Krank a/k/a Billy Name.

Gary: Billy Name, in the film by John Walter, points blurrily toward a demonic vaudeville act, Dorothy Podber and Ray Johnson. Billy doesn’t mention that Ray was with Dorothy when she shot the Marilyn Monroe paintings, and Ray didn’t mention to me that Billy was present. His presence was probably taken for granted when Billy was in his mode of sorcerer’s apprentice, selflessly giving but not taking. Three times Ray acted out the scene in which he was astonished by Dorothy, thus at least suggesting that he did not know her plans. As he described the event, Dorothy is sitting in a chair, facing forward with a purse in her lap. She opens her purse, and in Ray’s reenactment, glances and then gazes to her left, until, without turning her whole body, she aims a shot at the painting on top of a group leaning against the wall. Dorothy then returns the pistol to her purse (remember that the name Dorothy suggests a gift from a god, like Isidore/Isadore, gift of Isis. Dorothy is a ready-made name with themes comparable to the self-namings of Ondine, Viva and others). Shooting the paintings was not Ray’s idea, because he didn’t plan events that way, yet he might plan to use whichever random “props” happened to be available whenever he happened to set in motion. He was in a sense using Dorothy as a prop or an accessory in one of his events when he took her to meet Andy. Ray lived for enlivening spontaneities, improvisations and unrehearsed specific moments, and Dorothy was to him as Gracie Allen was to George Burns. According to Ray, after Dorothy stepped out into the hall, Andy said to Ray, “Please don’t bring that woman here again.”

Ray had made collages with images of “muff-pistols,” that is, pistols small enough for a woman to carry in a fur muff. Always attentive to intersections of women and pistols, he mentioned “Annie Get Your Gun” in a collage, undoubtedly sensitive to the name “Merman,” as in Ethel. I figured that when he felt the fright of a woman shooting an image of Marilyn Monroe, Ray’s rapport with Dorothy dwindled into his relation with Dorothy...

Other researchers dispute the account. Whether anyone was with Dorothy will never be known without documentary evidence to back it up. Everything so far has been based on guesswork, supposition and hearsay. Billy Name did not mention anyone accompanying Dorothy in his account, as referenced by Bill Wilson.

Given that the Sage Blue Marilyn does not show any evidence of being damaged or repaired, it may be that it was either not in the stack of paintings that were shot or that Crone's cat. rais. is wrong - that only two paintings were shot. Crone does not indicate where he got his information from, although he does thank Andy Warhol (and others) for their help in the beginning of his book which contains his cat. rais.: "My thanks go also to Andy Warhol and David Whtney for the valuable background information they gave me, and to Lil Picard, who introduced me into the New York York art world." (RC7) 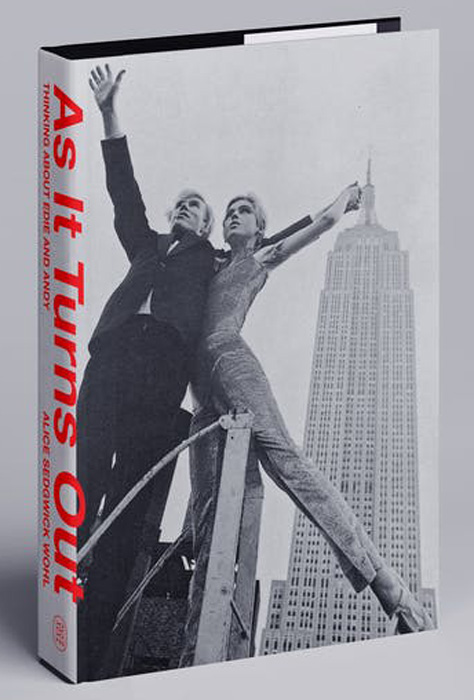 Front cover of As It Turns Out by Edie Sedgwick's sister, Alice Wohl

Edie Sedgwick's sister, Alice Wohl has written a book about Edie and her family, which will be published in August 2022. Details on Macmillan website. 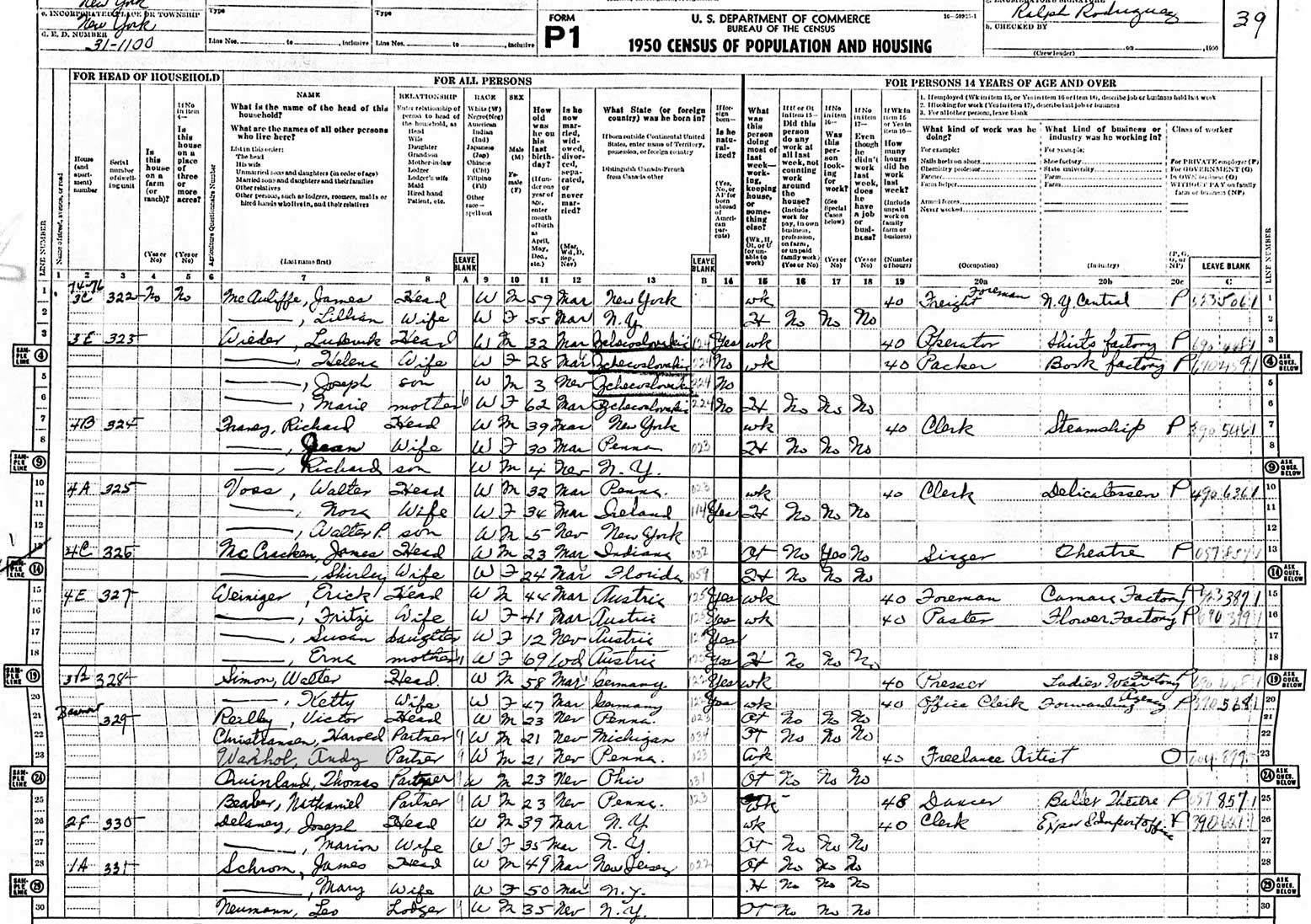 Thomas Kiedrowski, author of Andy Warhol's New York City Four Walks, Uptown to Downtown, has been perusing the 1950 Census that has just been released to the public and found the entry to Andy Warhol's residence which shows him living in a basement apartment at 74 - 76 W. 103rd Street with the head of household Victor Reilly and roommates Harold Christianson (?), Thomas Quinland and Nathaniel Beaber. This corresponds to the group photograph of the household by Leila Davies Singeles on the first page of the chronology.

He also discovered a listing for Truman Capote:

Truman Capote and mother (and second husband) in the 1950 Census 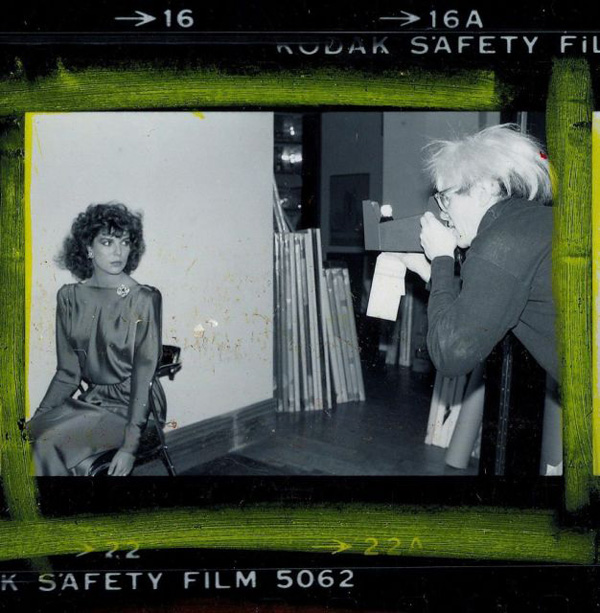 February 9, 2022: The Andy Warhol Museum is now streaming some of his films online, internationally. At the moment they are only showing Blow Job, Outer and Inner Space, The Chelsea Girls, Vinyl and The Velvet Underground and Nico, but they will, hopefully, add to the selection in the future. The Chelsea Girls is certainly a must - even if you saw the version that Rarovideo in Italy offered (illegally) on DVD a few years back (it differs considerably in regard to which side of the screen has sound - and the length of the clips) and the Paul Morrissey edited version that was broadcast in the UK more than a decade ago. There is an interview with Gus Van Sant prior to the film, but it is possible to fast forward through the interview to reach the film. Highly recommended.

To stream the films go to: stream.warhol.org.

February 2, 2022: The three part documentary on Andy Warhol that was broadcast this month by the BBC, titled Andy Warhol's America, did not fare well, ratings-wise. According to Broadcast magazine, it was the "last-placed PSB show in the slot." It got 520,000 viewers for its first episode but had fallen to an average of 350,00 across the three parts - 1.3% of viewers... (to continue go to Andy Warhol's America bombs on BBC).

Andy Warhol and Basquiat at the Young Vic in London 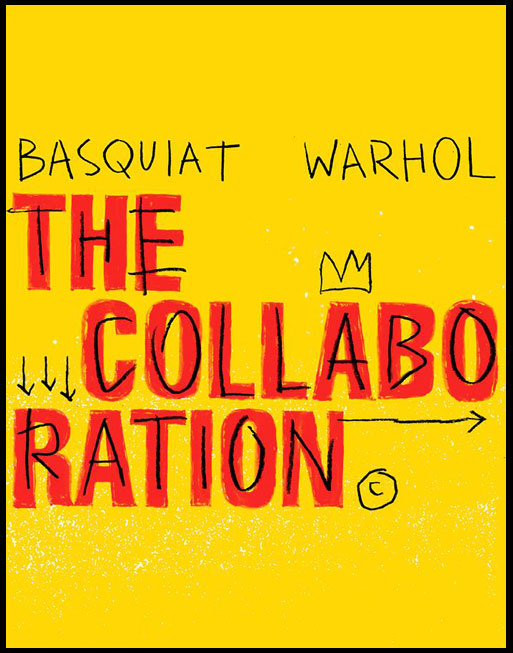 January 15, 2022: Paul Bettany will be starring as Andy Warhol opposite Jeremy Pope as Jean-Michel Basquiat when The Collaboration opens in February at the Young Vic in London. Directed by Kwame Kwei-Armah, the play recounts the friendship and artistic collaboration between Warhol and Basquiat. Bettany recently played the Duke of Argyll in the BBC mini-series A Very British Scandal.

The play runs from February 16, 2002 - April 2, 2022 at the Young Vic. It will be interesting to see how Bettany's portrayal of Andy Warhol compares to David Bowie's portrayal of the artist in the film Basquiat which covers a similar period.

Whatever happened to Trouble?

January 1, 2022: Gus Van Sant's stage musical Trouble, based on Andy Warhol's life, or at least a segment of his life, has ended its European run early. It originally made its debut as "Andy" at the Teatro Nacional D. Maria II in Lisbon on Thursday, 23 September, 2021 A dismal review appeared in the New York Times of that production - ‘Andy,’ Gus Van Sant’s Warhol Musical, Is a Surprise but Not a Miracle by Laura Capelle - which noted that after Portugal, the musical would tour Europe, stopping off first in Rome and Amsterdam. After its Portugal run, the play was renamed Trouble.

Although the page announcing the Rome performance has disappeared from the net, it originally indicated that the play would be performed 19 - 21 November 2021 at Boca - Teatro Nacional D. Maria II with the following credits:

What appears to be a review of the Rome performance by somebody who was there appeared on Arshake.

It was also announced that Trouble would play in Athens in March 2022 (as reported on this site), but that page has disappeared from the net.

Gus Van Sant is due to speak at a film screening on January 22, 2022 in Los Angeles - if you attend that event you might ask him about Trouble.