back to SPRING 1971: HOLLY WOODLAWN IS FILMED FOR WOMEN IN REVOLT

Who directed Women in Revolt? 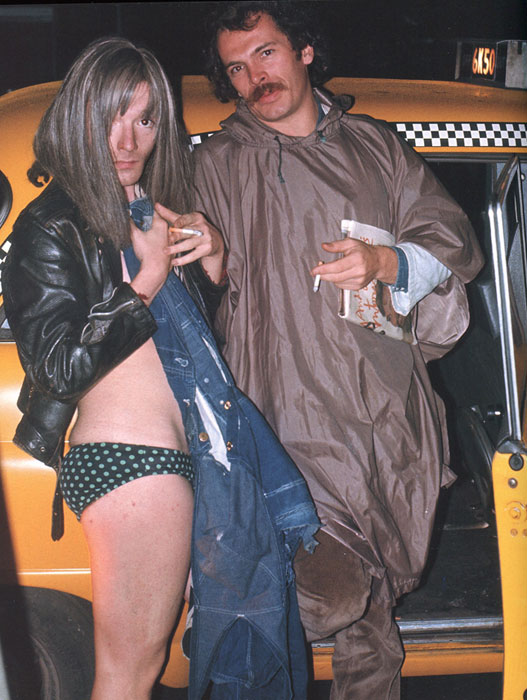 According to film scholar J. Hoberman, the question of who should be credited as the director of Women in Revolt was settled when a deal was worked out with the Warhol Foundation which gave Paul Morrissey the rights to the film:

Around the time that Mr. Morrissey completed “San Diego Surf” he came to an agreement with the Warhol Foundation, securing the rights to “Flesh,” “Trash,” and other Warhol productions and waiving them for movies like “Lonesome Cowboys” and others, including “San Diego Surf,” on which he might have a legitimate claim. Thus the 1971 feature “Women in Revolt,” a more interesting movie than “San Diego Surf” (and, according to my research, one in which Warhol was far more involved), is credited to, and owned, by Mr. Morrissey, while “San Diego Surf” is attributed to Warhol and owned by the Warhol Museum. (J. Hoberman, "A Warhol Film Surfaces, but Is It His?," The New York Times, 18 January 2013)

When Jackie Curtis was interviewed by Patrick Smith in 1978, she claimed that Warhol directed the film or at least the scenes that she was in:

It would have been better if Paul Morrissey left his two fucking cents out... My big scene was when I was painting my toenails, and Paul Morrissey wanted that scene out, but I wanted it, and Andy said, 'I want the scene in.' That's it. I told Andy that I'd be in it only if he'd be behind the camera, and all the scenes that I'm in, Andy shot them. At least, I could say, 'I did the movie for Andy'...

But that's not what her co-star Holly Woodlawn later said in her autobiography. In A Low Life in High Heels, she says (with the help of co-author Jeff Copeland), "... Jackie Curtis told the story about how, during the filming of Women in Revolt, she demanded that Andy shoot all of her scenes and, in doing so, Andy loaded the film backward. Miss Curtis was obviously out of her mind when she spun that yard. Andy never got behind the camera and she never made such a demand because Paul would not have allowed it." (HW13)

It is my understanding that Andy Warhol will not be credited as the director of Women in Revolt in the forthcoming film catalogue raisonné currently being put together by the Andy Warhol Film Project at the Whitney Museum of American Art.

back to SPRING 1971: HOLLY WOODLAWN IS FILMED FOR WOMEN IN REVOLT