Andy Warhol superstar, Holly Woodlawn, died on the afternoon of December 6, 2015 in the assisted-living facility she was in after treatment for cancer. She had been treated for lung and brain cancer at Cedars-Sinai hospital in Los Angeles before moving to the facility with round-the-clock nursing care.

Holly was, of course, in real life a Puerto Rican man named Haroldo Danhakl - the illegitimate son of a Puerto Rican mother and a fly-by-night American sailor. Onstage Holly was a woman. Offstage Holly was a man. As Haroldo he could be a disagreeable drunk who alienated some of his friends but who was able to reconcile those friendships before his death. As Holly, Haroldo was a superstar with faults - a bit like the Lucille Ball of the drag scene. She was a cabaret singer who couldn't sing, a Warhol star who was never part of the Silver Factory, and an actress who mostly played one character - herself. Yet, audiences loved her because of the unpolished vulnerability she exuded in the midst of all the over-the-top glamour of drag. Plus, you never knew how out of it Holly would be during a performance. The audiences loved her even more when she was smashed. Which she was, often. 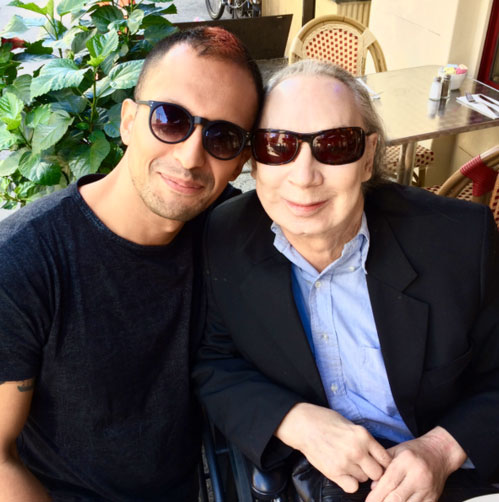 Until her death, Holly could be called a "real trooper" in Hollywood terms - a "survivor." She continued to perform even after "wet brain" set in from the copious amounts of alcohol she drank throughout her career (supplemented by an assortment of opiate-based pain killing drugs). In 2004, the U.S. press reported she was in a coma. (What actually happened was that she was admitted to intensive care in January 2004 after complications from an operation on her arm and shoulder which she broke during a fall - she was never comatose - at least not in any medical sense.) Even during her most recent stay in hospital there were dramas. According to cabaret entertainer, Penny Arcade, "When Holly was admitted to the hospital, she was violently incoherent and placed in restraints for her own protection." Then, on September 15th, the ceiling of her apartment building collapsed. (Newspaper account here.)

Although rumours had circulated on Facebook for some time about Holly's condition, her plight was finally confirmed by a biopsy that was performed on July 15, 2015.

The first indication that something was wrong was when transgender punk singer Jayne County posted on her Facebook page on June 13, 2015, that "The fabulous Holly Woodlawn is in the hospital! I do hope she is going to be OK! I LOVE YOU HOLLY!"

Two days later, on June 15th, Holly posted on her Facebook page, "I AM ALIVE AND WELL. THANK YOU FOR ALL THE WELL WISHES. I'M BACK IN BEVERLY HILLS AND THERE IS A LOT OF SHOPPING TO CATCH UP ON!!! LOVE YOU MADLY, AUNTIE HOLLY."

Holly was scheduled to perform at Richard Halpern's Hollywood Cavalcade at the Cicada Club in downtown Los Angeles on June 21st but further notices appeared on Facebook saying that she was in the hospital. It wasn't until after the biopsy was performed on July 15th, however, that cancer was confirmed.

Holly's life has been well-documented in her autobiography, Holly Woodlawn: A Low Life in High Heels, in numerous interviews, and on the web. Although she had lived in Hollywood for at least the past two decades, she will always be associated with New York - both because of the films she made there - Trash and Women in Revolt - and also because her original trip to New York was immortalized by Lou Reed in his song Walk on the Wild Side:

Holly came from Miami, F.L.A.
Hitch-hiked her way across the U.S.A.

"He" did not become a "she" entirely, however. Holly had a cock. Gender-wise "she" was a "he." In her autobiography she wrote, "I never once felt like a woman trapped in a man's body. I felt more like a man trapped in high heels!" (HW94)

In 2007 Holly courageously allowed the artist Sadie Lee to document her cosmetic transformation from male to female for an exhibition in London - "And Then He Was a She." 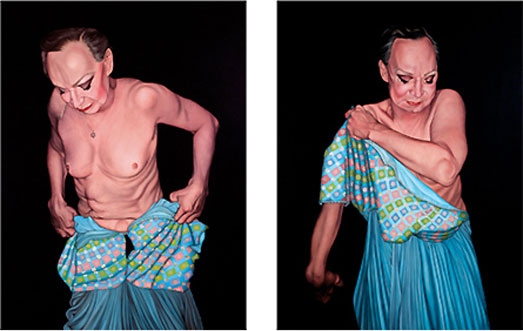 Holly's real name, according to her autobiography, was Haroldo Santiago Franceschi Rodriguez Danhakl and she was born in Puerto Rico. She moved to the U.S. with her mother without being able to speak English. Once in the U.S. Holly and her mother moved from New York to Miami Beach. She made it back to New York as a teenager by running away from home which is the trip characterized in the Lou Reed song. In New York she initially hung out with hustlers, turned tricks and sometimes slept on subway trains.

It wasn't until about eight years after she first left home that she was "discovered" by Paul Morrissey and starred in the film that made her famous, Trash - directed by Paul Morrissey and produced by Andy Warhol. Meanwhile, she had met Candy Darling on the street and Jackie Curtis at the home of a friend of Candy. The three of them appeared together in Holly's next film Women in Revolt. (Warhol was listed as the director of Women in Revolt in the original New York Times review while Morrissey was credited as being the director of Trash in the Times.) Although Candy, Holly and Jackie would often be linked in the press together after Women in Revolt, they actually "couldn't stand one another most of the time" according to Holly's autobiography. (HW242) Holly went on to appear in more films than either Jackie or Candy and to pursue a cabaret act with on-again off-again success. After moving to Los Angeles from New York, she appeared in cameo roles in several feature films, mostly playing herself or a variation of herself.

During the past decade or so, Holly's career had a resurgence with her increased participation on discussion panels in the U.S. and abroad at film festivals and Warhol art exhibitions - while at the same time relaunching her cabaret act. In 2002 her and her Trash co-star Joe Dallesandro, were honoured at the Cannes Film Festival in a tribute to Paul Morrissey and in 2008 her and Morrissey were special guests at the First International Festival of Independent Cinema Off Camera in Krakow. 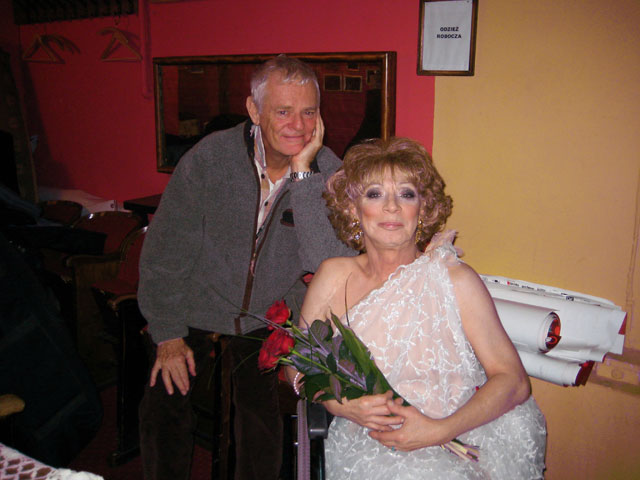 The same year - 2008 - I had the privilege of moderating a panel discussion with Holly and Mary Woronov and Bibbe Hansen in conjunction with the "Andy Warhol: Other Voices Other Rooms" exhibition at the Hayward Gallery in London. When I recently told Mary about Holly's condition she replied, "I am sorry to hear this news. I love Holly very much." (Email 20 July 2015)

What audiences loved about Holly was how unpredictable she could be - her behaviour fuelled by the drugs and alcohol that she struggled with throughout her life. During the panel discussion that I moderated she was completely out of it - much to the audience's delight. She was still the Holly that they (and I) remembered from Trash. As she explained to her real-life boyfriend, Johnny, in Trash, she had a preference for "downers." In a classic scene from Trash she reassured under-aged Johnny, "Trust me - no needle" just before shooting him up with heroin.

Holly's later dependence on pharmaceutical opiate-based pain relief such as vicodin wasn't without cause. She suffered from a considerable amount of painful health problems that have left her in a wheelchair. She also had Hepatitis C. 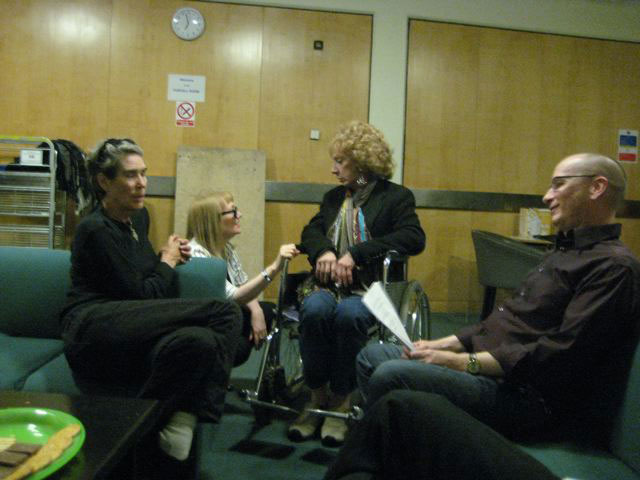 Mary Woronov, Bibbe Hansen, Holly Woodlawn and myself backstage before a panel discussion for the Hayward Gallery's "Other Voices Other Rooms" exhibition in London in 2008 (Photo: Sean Carrillo)

Despite her medical conditions, Holly continued to have an active career. In 2014 she landed the role of Vivian in the Emmy nominated television series Transparent. She appeared in two episodes of that series although it was hoped there would be future appearances as well. (Viva's daughter, Gaby Hoffman, also appears in the series.)

Throughout her career, Robert Coddington, the archivist for Nelson Sullivan's New York videos, served as her manager and her friend "always." After speaking to Holly after the early stages of her treatment, he reported "I talked with Holly last night and she is in great spirits... she is 100% Holly." 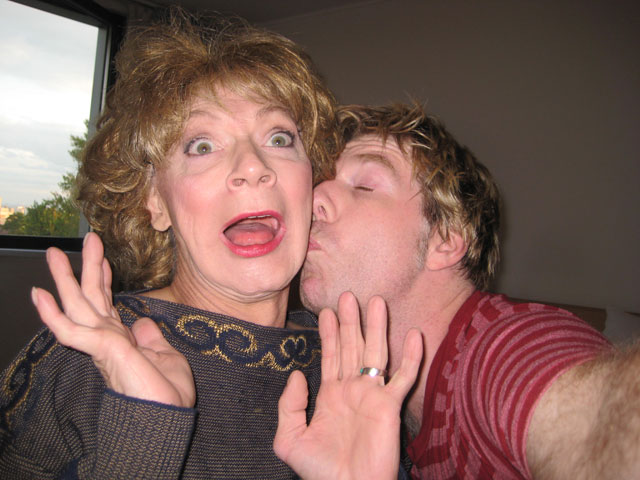 On October 26 2015, Holly celebrated her 69th birthday at the assisted living center she was living in. Her old friend, the actor Brian Hamilton, was there and filmed the event for You Tube here. 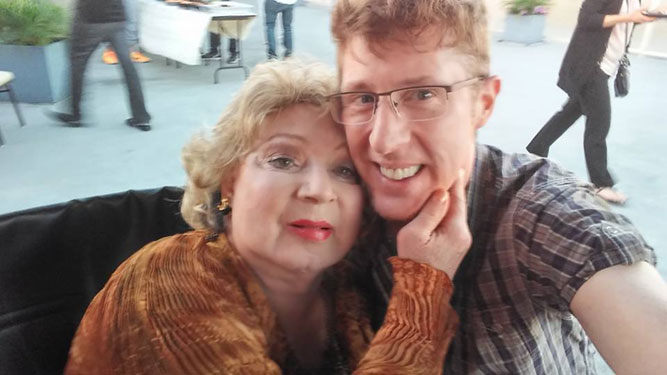