A letter signed from the above entities has appeared in the New York Review of Books in regard to the controversy surrounding a series of Warhol Self-Portraits and the authentication procedure of the Andy Warhol Authentication Board. Richard Dorment, author of an article in the magazine which questioned the Board's procedures, has also contributed a letter.

The letters can be read here.

Free Screening of Underground New York at the Gershwin Hotel 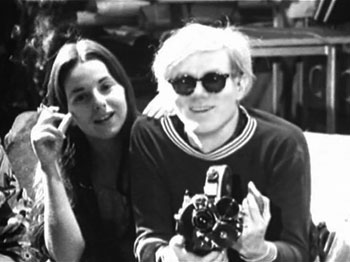 Andy Warhol during the filming of Underground New York

Gideon Bachmann's rarely screened 1967 film, Underground New York, will be shown on December 6th at the Gershwin Hotel, presented by independent film curator, Mark Webber, who is working on a oral history of avant-garde cinema from the 1950s through the 1970s. Some of those interviewed for the project will be present at the screening.

Admission is free but you should arrive at 7:30 pm for the screening at 8:00 pm. The Gershwin is located at 7 East 27th Street (between 5th and Madison).

The Courthouse News Service is reporting that "a family claims Andy Warhol and director Paul Morrissey tortured their late father when he was 14 years old by filming him while smoking pot and including the footage in their movie, All Aboard to Dreamland Choo Choo." According to the article the family is demanding $300,000 for "invasion of privacy" because the film made them suffer "great embarrassment and shame." The full article can be read here.

The film, which is included as an extra in box sets of Paul Morrissey's work, was actually a short anti-drug film that Morrissey made prior to his work with Warhol. Warhol did not assist in the making of the film. It was shot in 1964 and Morrissey was introduced to Warhol in June 1965 when Gerard Malanga brought him to a screening of Vinyl.

Paul Morrissey [from the director's commentary on the film]:

"Kids think its a wonderful thing to get drugged up and they go to some extremes and the fact that its all a kind of self-abuse is sort of the logic behind this little exercise and the way people today punish themselves and think that they enjoy it... Of course people think that he's really getting high or something like that and I think that's so foolish because whenever you see anybody on film the most immediate thing you should think is they know that they're doing something in front of a camera and that they're acting, they're pretending..." 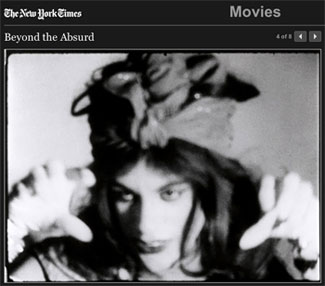 A "Beyond the Absurd" slideshow of some of the films that Ronald Tavel scripted for Warhol has appeared on The New York Times website as part of their article on Tavel and the upcoming film series at the Anthology Film Archives in New York which begins on December 10th (see below).

The slideshow can be accessed via the full article here. 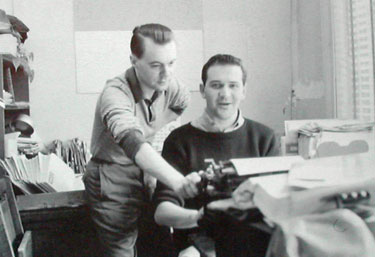 John Wilcock's book, The Autobiography and Sex Life & Andy Warhol, first published in 1971, is going to be re-published in February of next year. Wilcock was the editor of the underground magazine Other Scenes and one of the founders of the Village Voice and Interview magazine.

Presumably the new version of the book will be the same as the original - an amazing collection of interviews with Warhol's crowd ("a cast of thousands") and three articles by Wilcock - "On the Road with the Exploding Plastic Inevitable," "L.A. Weekend with Warhol" and "Andy as Moviemaker." 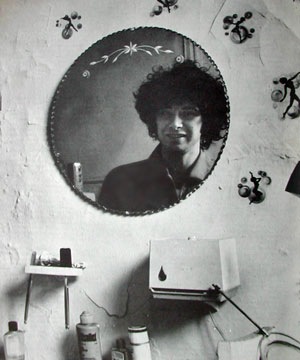 "It was in the fall of 1964 I think in November, I was giving a reading at Le Metro Cafe, and I was reading from the novel, and he came in, he was really talent scouting for his speakers, for his voices, cause he wanted to make the first sound film... He'd just got done making the silent epic, Sleep, it was just after that period. So I said O.K. and he told me what day to come up. The film was Harlot..."

The Amazon page for the book is here. Wilcock's autobiography, Manhattan Memories, can be read on his website here.

I have added to the site my review of Arthur C. Danto's new book on Warhol, published in the U.K. in November. You will find it here.

Lou Reed and The Velvet Underground reunion at the NYPL

Lou Reed with be reunited with former members of his band, the Velvet Underground, for a special appearance at the Stephen A. Schwarzman Building of the New York Public Library on December 8, 2009. The event is sold out. 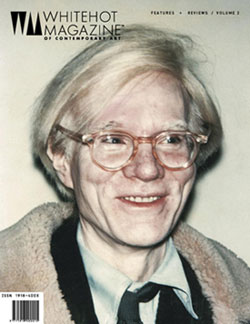 The front cover of the December issue of White Hot magazine features a photograph of Andy Warhol by Bobby Grossman and an article on Warhol in the '70s.

For photos of the book signing, go here.

Beyond the Absurd: Ronald Tavel & Andy Warhol at the Anthology Film Archives in New York 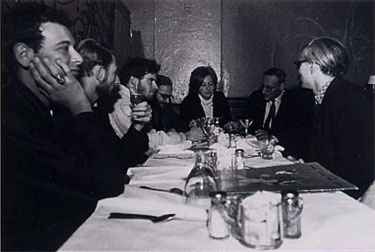 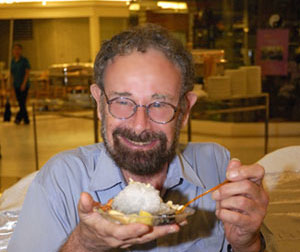 A series of Warhol films scripted (and improvised) by Ronald Tavel will be shown at the Anthology Film Archives in New York from December 10th to 17th as a tribute to Tavel who died earlier this year. The films will include a rare screening of the 66 minute Screen Test No. 1 featuring Warhol's then-boyfriend Philip Fagan. On the same evening a personal favourite, Screen Test No. 2 (starring Mario Montez on-screen and Tavel off-screen), will also be shown. Other films include Hedy (starring Mary Moronov and Montez), Vinyl (with Edie Sedgwick and Gerard Malanga), Kitchen (with Edie, Roger Trudeau and Rene Ricard), Harlot (with Mario Montez), Space (with Edie Sedgwick, Eric Andersen and Max's Kansas City door person Dorothy Dean), Horse, The Chelsea Girls (for which Ron scripted two segments) and The Life of Juanita Castro (with Marie Menken). The play version of Juanita Castro was recently performed at the "LIVE FILM! JACK SMITH! Five Flaming Days in a Rented World" Festival in Berlin (see below).

Tavel's prefaces to his plays and screenplays - which can still be read on his website here - are a fascinating first-hand account of what it was really like at Andy Warhol's Factory and are indispensable to an understanding of Warhol and his films and art. About the scripts on his website Tavel noted "Andy always considered my improvising to be identical with, and equivalent to, my typewritten scripts... I was careful to use the shooting scripts of the flix on my website - where they survived - because the handwriting on them speaks volumes to the quick eye." (RT210207)

Because Ron moved to Thailand after leaving New York he did not appear at many panel discussions or Warhol events and his contributions to Warhol's films and to underground film and theatre in general (along with his brother Harvey Tavel) have sometimes been overlooked - but if you are in New York at this time, or can get there, I highly recommend this series and particularly the first night when Callie Angell will introduce the series.

An essay on Ron and the Factory is here.

An essay on Ron and the Theatre of the Ridiculous is here.

A lecture by Douglas Crimp on Ron's scenarios for Andy Warhol is here.