Volume 3 of the catalogue raisonné of Andy Warhol's paintings and sculptures, covering the period of 1970 to 1974, is due to be published by Phaidon Press in April 2010. The volume covers work from Warhol's second "factory" - his studio at 33 Union Square West - including his Mao series, his Rain Machine, his commissioned portraits as well as a chapter devoted to his Man Ray series of sixty works. Also included are transcripts, diary entries and Polaroids that Warhol took on his travels through Europe.

Mario Montez and Bibbe Hansen in Ronald Tavel's The Life of Juanita Castro at the Live Film! Jack Smith! Festival in Berlin 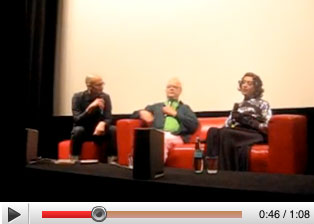 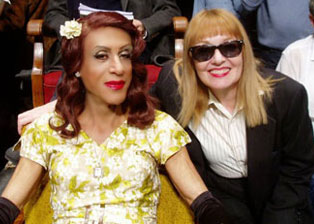 Warhol star Mario Montez played Juanita Castro and Bibbe Hansen was Fidel Castro in the production of Ronald Tavel's play, The Life of Juanita Castro at the recent "LIVE FILM! JACK SMITH! Five Flaming Days in a Rented World" Festival in Berlin.The play version of Juanita Castro was performed as a tribute to Tavel who died earlier this year when flying home from a planning session for the festival. It was the first appearance by Mario in such a production in three decades. Filmmaker Bruce LaBruce played Che Guevara which also featured Diedrich Diederichsen and Rainald Goetz in the cast. 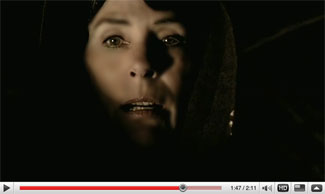 An interview with Warhol star Mary Woronov has appeared in New York magazine on the eve of the Halloween release of her new film, House of the Devil.

The interview can be found here. 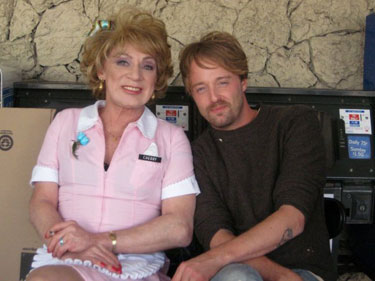 Holly Woodlawn and Joshua Leonard on the set of The Lie
(Photo: Robert Coddington)

Warhol star Holly Woodlawn recently completed shooting for a new film directed by Joshua Leonard who previously appeared in The Blair Witch Project. Leonard is also acting in the new film, titled The Lie, which is based on a short story that originally appeared in The New Yorker magazine. 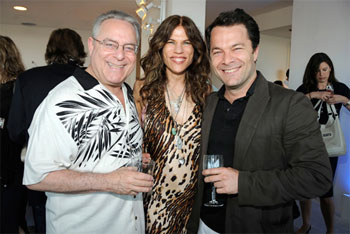 A fight has broken out in the pages of The New York Review of Books over the "denied" Warhol Self-Portrait owned by Joe Simon-Whelan who is suing the Andy Warhol Authentication Board and the Warhol Foundation over the de-authentication of the painting.

The New York Review of Books published an article by Richard Dorment in their October 22, 2009 issue in which Dorment objected to the Authentication Board's action and Joel Wachs, the president of the Andy Warhol Foundation for the Visual Arts, has now responded in an email in the November 19th issue of the magazine. Wachs was recently named as one of "The Power 100" in Art Review (November 2009), although the blurb on him in that magazine reassures the reader that Wachs "does not sit on the controversial Authentication Board."

Wachs' response to Dorment's article begins "Any impartial reader of Richard Dorment's essay will easily come to the conclusion that Mr. Dorment has a particular point of view to advocate and has put forth this article in a thinly veiled effort to further his unstated agenda." Wachs criticizes Dorment for misstating the foundation's reasons for denying the authenticity of the Self-Portrait and for making "an ad hominem and petty attack on the professional credentials and scholarly independence of members of the authentication board" - such as referring to Warhol scholar Neil Printz as a "teacher...in New Jersey."

Dorment has fought back by sending his own email to the publication, defending his article and querying "How can such a picture - and moreover a picture that the artist personally approved for inclusion in his first catalogue raisonné, and approved its being reproduced on the catalogue's cover - not be by him?" Dorment continues, "If he (Wachs) can answer the question cogently, I'll withdraw my words. If he can't, his position is indefensible. He will then be personally responsible for wasting millions of dollars - attempting to shore up the credibility of his scandal-ridden board - that the Foundation could otherwise have spent on its charitable activities, and should resign."

The magazine also includes a letter from a collector whose family owns one of the Self-Portraits from the denied series who notes that his family "were surprised to receive a letter from the Board in the spring of 2004 inviting us to submit our picture for authentication. Only persistent questioning of the board's intentions saved our picture from being defaced with a denied stamp because its seemingly straightforward letter was ultimately exposed to be a premeditated and underhanded ploy to deauthenticate our picture."

The original article from The New York Review of Books can be found at: here.

The emails can be found at: here. 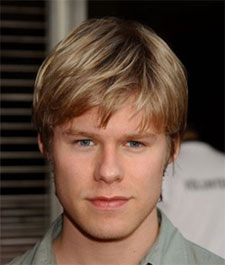 Marianne Faithfull is Icon of the Year 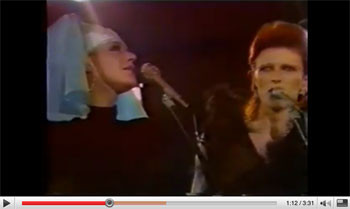 Marianne Faithfull was named as "Icon of the Year" at the annual Q Awards in London. Details here.

97 year old photographer Editta Sherman, who "danced the Dying Swan for Andy Warhol, and then photographed him taking a Polaroid snapshot of himself in the mirror" is fighting eviction from her $562 month rent-controlled apartment above Carnegie Hall. 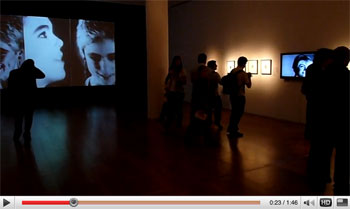 A series of lectures by Marcelo Gutman on Andy Warhol's films and his art, will begin on November 5, 2009 as part of the "Andy Warhol, Mr. America" exhibition that opened at MALBA - Fundacion Costantini (Museo Arte Latinamericano de Buenos Aires) on October 23, 2009.

Details of the exhibition at: here.

Interview with Andy Warhol's typist in The New York Times

Cathy Naso, one of the typists who transcribed the Ondine tapes for the book A, has been interviewed by The New York Times. Warhol gave her a Self-Portrait which she is now selling through Sotheby's.

"They called us the supersecretaries. Everything was super in those days... I was young and clueless, and one night I brought a tape and tape recorder home to transcribe it, and when I was out, my mother must have listened to it, because she was so horrified she confiscated it. It must have mentioned drugs or something...”

The article can be found at: here. 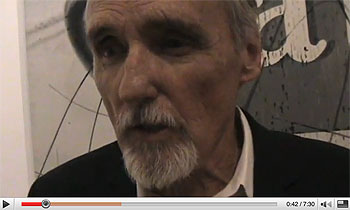 Pop art collector, artist and actor Dennis Hopper, star of Easy Rider (and who also appeared in Warhol's film Tarzan and Jane Regained, Sort Of... and three Screen Tests - as well as playing art dealer Bruno Bischofberger in Basquiat) has had to cancel an appearance at the Australian Centre for the Moving Image (ACMI) because he has prostate cancer. Details here.

The Velvet Underground in Uncut 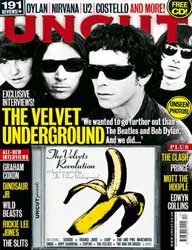 The latest issue of U.K. music mag Uncut is devoted to the Velvet Underground. Includes a free CD and an interview with Moe Tucker. Details here. 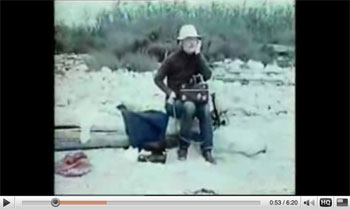 Photographer Peter Beard is selling his Montauk property. The property, described as "an epicenter of the 1970s Studio 54 scene, when the likes of Mick and Bianca Jagger, Jacqueline Onassis and Andy Warhol converged here and helped transform the Hamptons into a glittery second stage for bold-faced Manhattanites" is being sold through "personal contacts." Details here. 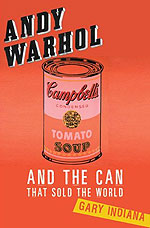 Gary Indiana's book, Andy Warhol and the Can that Sold the World is now due to be published in February 2010. The book was originally due in June 2008, then in September 2009 and now the publication date has been moved even further forward to next year.

The Amazon page for the book is here. 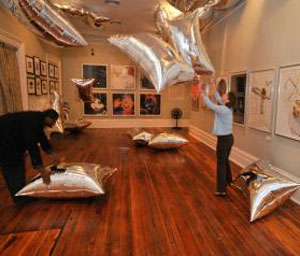 Andy Warhol's Silver Clouds are part of an exhibition that has recently opened at the SCAD Museum of Art in Savannah, Georgia. The exhibition, featuring almost 200 images by Warhol, pairs prints from the Cochran Collection with photographs and Polaroids by Warhol.