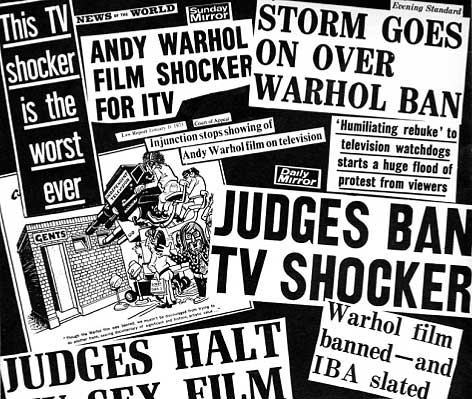 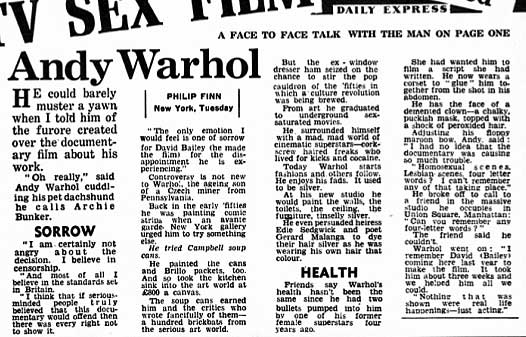 [Note: The account in the program ends with a two page spread of press coverage of the Bailey film - samples above. A note is provided: "This brochure went to press 1 February 1973." Michael Ferguson later noted in Little Joe, Superstar: The Films of Joe Dallesandro (California: Companion Press, 1998) that "It wasn't until February 8, 1973 that Trash finally got its release in Britain. It was booked into the first-run London Pavilion Theater, a 1,000-seater owned by United Artists, making it the first Warhol film to receive a significant commercial venue there." Ferguson mentions two scenes cut from the film to gain censor approval: Holly having sex with a beer bottle and Geri Miller giving Joe Dallesandro a blow job. (JOE102)]