After a period of homelessness, Ivy now (2015) lives in Los Angeles. She is mother to twins - Gunther Ethan Palmer and the actress Penelope Palmer. Their father is John Palmer, who is often credited with the idea for the film, Empire, and who also went on to direct/write the non-Warhol film, Ciao Manhattan. Ivy's son Gunther was a child model and teen actor in Paris and the lead vocalist of the alternative rock band, Mandrake, before going on to become the vocalist and percussionist in the band Stagefright. Ivy occasionally performed with her son's band in the late nineties. In about 2005, she appeared with Gunther and Penelope in a film called The Dead Life. The film also featured an actress who called herself Misha Sedgwick and claimed to be the niece of Edie Sedgwick but was, in reality, an imposter. (Misha is currently selling real estate in San Diego.)

Batman Dracula- Couch- I, A Man-The Loves of Ondine- John and Ivy 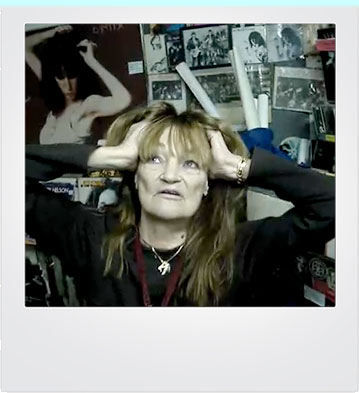