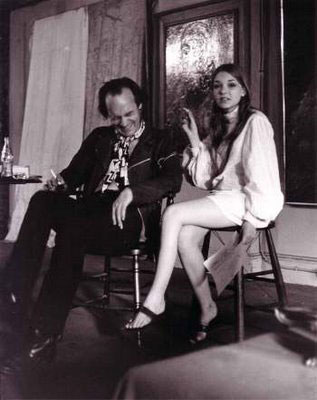 A report on Bibbe Hansen's lecture and performance at Performa's 52 Hours of Fluxus has appeared online in Performa's magazine here. Bibbe was one of the The Thirteen Most Beautiful Women in Andy Warhol's film of the same name and also appeared with Edie Sedgwick in Prison and Restaurant. Her father Al Hansen was a Fluxus artist and responsible for Kiss magazine which featured an "Andy Warhol Underground Column." 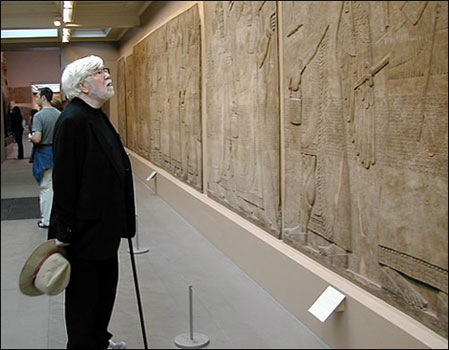 The Andy Warhol Foundation has announced their 2011 grant recipients and amongst them is William S. Wilson who has received $40,000 to fund his research on his new book on Ray Johnson - Ray Johnson: An Illustrated Life in Art. Wilson is the son of the neo-dada artist May Wilson and author of the 1968 seminal essay on Warhol, "Prince of Boredom: The Repetitions and Passivities of Andy Warhol" - one of the first to draw attention to the non-repetitiveness of Warhol's repetitive imagery - "When Warhol shows repetition as an ideal of mindlessness, like an ideal it recedes from the grasp of man, who is condemned to variety, novelty and precarious margins. But even as Warhol shows that repetition cannot be achieved, he shows that it cannot be avoided."

Wilson, born in Baltimore, Maryland on 7 April 1932, majored in in philosophy at the University of Virginia (honors program) before going on to achieve his M.A. and Ph.D. at Yale University. He taught at the Columbia University Graduate School of the Arts and at Cooper Union and is Professor Emeritus at the City University of New York. In addition to writing extensively on art, he is also the author of the (excellent) collection of short stories - Why I Don't Write Like Franz Kafka.

Items from Mr. Wilson's extensive collection of works by Ray Johnson were included in the inaugural exhibition ("Ray Johnson: Please Add to & Return") of Alex Sainsbury's innovative gallery, Raven Row, in London in 2009. Images from the show can be accessed through the "Image Galleries" link here. Highlights from the show later traveled to the Museu d'Art Contemporani de Barcelona (06/11/2009 - 10/01/2010).

A full list of the grants by the Andy Warhol Foundation and Creative Capital can be found here. 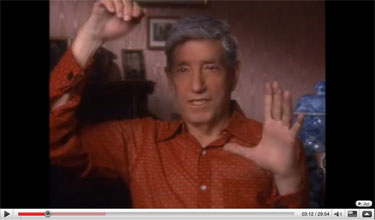 The Skyline Museum at James Madison University in Virginia will be hosting “Mentor to an Icon: A Charles Lisanby and Andy Warhol Exhibit” from 23 January 2012 - 24 February 2012. The show will feature items from Lisanby's collection which he donated to the university last year, including sketches by Warhol. Warhol met Lisanby in c. late 1955 and the two of them visited the Far East together the following year. (See Charles Lisanby.) Warhol credited Lisanby with writing the text for Warhol's self-published book (printed by Seymour Berlin), 25 Cats name Sam and one Blue Pussy. (The text consists of the words "Sam" and "One Blue Pussy.")

"Every Sunday we [Lisanby and Andy Warhol] would have what we called sketch class and he would come down to my apartment on 15th Street and usually bring flowers and we would sketch... He bought a house on Lexington Avenue and wanted me to move in there... to save rent... but I didn't want to do that. I did move to a different apartment though. In fact, when I did that... he realized that I was never going to come live with him... and it wasn't going to work out that way and we stopped seeing each other quite so much. But I did go to the firehouse that he rented when he was doing the Marilyn Monroe silk screens... and I didn't really like what he was doing with his work... I loved his drawings - he had the most wonderful way of just drawing something sometimes without taking his pen or pencil off of the paper..."

Andy Warhol and "Pietro Psaier" together again - in Portugal 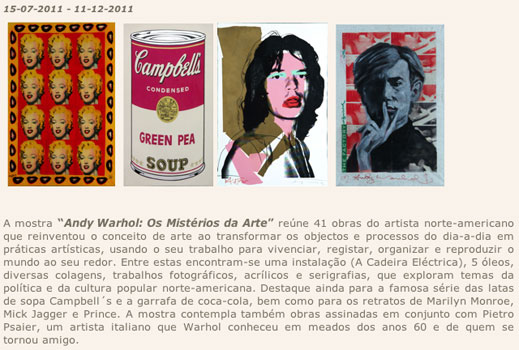 From the website of the Fundação Eugénio de Almeidain Portugal to illustrate their Warhol exhibition. The image on the left is actually by "Pietro Psaier."

The Fundação Eugénio de Almeida is hosting a exhibition of works by Andy Warhol until 11 December 2011. The show includes alleged collaborations between Warhol and "Pietro Psaier" despite the fact that Psaier's existence remains unproven. His Wikipedia bio was removed more than two years ago after nobody could prove he existed, let alone worked with Warhol. Many of Psaier's works are stamped "Factory Additions." In March 2001, Nadia and John Fairchild - both with art fraud convictions in the UK - registered a company called "Factory Additions" in Los Angeles. Fairchild has been selling works by Psaier since at least the late 1990s. (See here).

No birth certificate has ever been produced for Psaier. He allegedly died in tsunami. A death certificate was issued by the Sri Lanka authorities at the request of Psaier's ex-therapist (years after the tsunami took place), but the therapist later committed suicide by hanging himself in his mother's apartment in Madrid. (See comment no. 178 on the About.com page on Psaier here.) 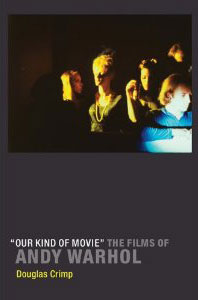 Our Kind of Movie: The Films of Andy Warhol, advertised as the "the first single-authored book about the full range of Andy Warhol's films in forty years" is out on 9 March 2012.

Andy Warhol on the front cover of Intelligent Life

Andy Warhol has made the cover of the November/December 2011 issue of Intelligent Life, published by The Economist. The article by Brian Appleyard, touts Warhol as "an art-world colossus whose work accounts for one-sixth of contemporary-art sales."

Michael Ferguson's new book on Warhol star Joe Dallesandro, Joe Dallesandro: Warhol Superstar, Underground Film Icon, Actor, is now being offered by Amazon at a 38% discount. The 402 page book is a fully revised version of Ferguson's previous out-of-print book on the superstar. The new book includes fresh interview material, a detailed look at Dallesandro's Warhol/Morrissey films, a reappraisal of Dallesandro's European films, as well as his television work. Illustrated with more than 150 images.

Andy Warhol at the High Museum

Picasso to Warhol: Fourteen Modern Masters continues at at the High Museum in Atlanta until 29 April 2012. Details of the exhibition at: here.