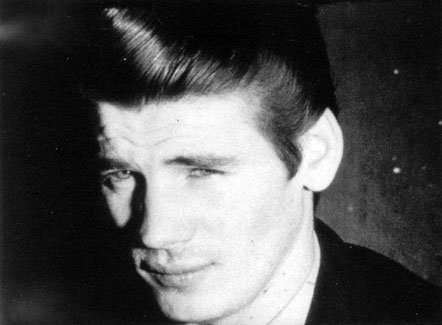 Patrick Fleming died on December 27, 2018 of heart failure at Cambridge Hospital. He was born in County Cork, Ireland in 1943. He was sent to the U.S. in 1960 to live with aunts in South Boston after both his parents died. He eventually ended up in New York where he stayed with a friend at the Chelsea Hotel. He returned to Boston from New York around 1970. His friends in Boston included Peter Wolf from the J. Geils Band. (261103) He was also a close friend of his co-star in The Chelsea Girls, Ed Hood. (Patrick is described as "an intimate friend of Ed Hood's from Boston" in Andy Warhol Screen Tests: The Films of Andy Warhol Catalogue Raisonné, Vol. One

.) Hood, known for his predilection for rough trade, died in c. March 1978. According to Steven Watson in Factory Made: Warhol and the Sixties

, "The medical examiner stated that Hood had lumps on the head and back and died from suffocation, which they believed to be the result of vomiting during an epileptic fit" although there were rumours that Hood had been strangled by a hustler who committed suicide the following day. (FM427) A friend of Patrick from the Boston area recalls that although Patrick and Hood were friends, Patrick referred to Hood as "an old queer" and Patrick also claimed to be the last person to see Hood alive before the "murder." According to Patrick's friend, Ed Hood was notorious for "drowning handsome young rockers with liquor and weed and taking advantage of them in a passed out state..." (261103)

Little is known about Patrick's life in Boston after he left the Factory, although there are a few mentions of him on the net. Bill Spurlin who worked for the Boston Concert Network (WBCN) radio station and was a friend of Ed Hood recalls his impression of Patrick in the early 1970s:

"Patrick was an illiterate Irish immigrant whose native language was Gaelic. I have never seen anything like the bond of devotion and trust that existed between Ed and Patrick. Incomprehensibly to me, the deep love between the two men did not seem to be affected by the constant late night stream of teenagers and 20-something young men in and out of Ed’s bedroom, where, I can assure you, dear reader, they were not looking at books. Patrick’s Irish accent, combined with his relative toothlessness, made it very difficult for me to understand him, but I tried to listen and understand, and I found out that he and Ed talked about daily life: doctor’s appointments; getting a broken window fixed; setting up a bank account. The two had become family, as well as friends, and did things for each other that Ed’s literary friends would never have been bothered with."

Patrick is also mentioned in a 2004 "Boston Groupie" blog which includes a photo of him with Asa Brebner who once played with Jonathan Richman and the Modern Lovers: 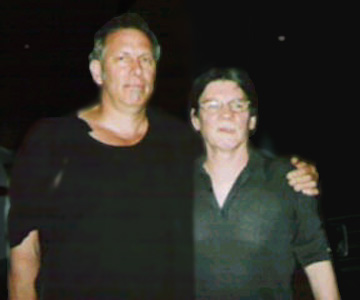