Andy Warhol and the Social Construction of the Late Modern Artist

I have added to the articles section of the site an essay by David Deitcher - "Andy Warhol and the Social Construction of the Late Modern Artist." The paper, which Deitcher presented to the College Art Association in 1989, examines the effect of the WPA/Federal Art Project on art education in the 1940s and Robert Lepper's 2 year course in pictorial design which was taken by Warhol at Carnegie Tech. The paper was referenced by Nan Rosenthal in her essay "Let us Now Praise Famous Men: Warhol as Art Director" in the Dia Art Foundation's publication The Work of Andy Warhol: Discussions in Contemporary Culture (1989) edited by Gary Garrels.

Deitcher's writings have appeared in Artforum, Art in America and the Village Voice as well as other periodicals and artists' monographs and he is also the author of Dear Friends: American Photographs of Men Together, 1840-1918. His website can be found here.

The essay is here. 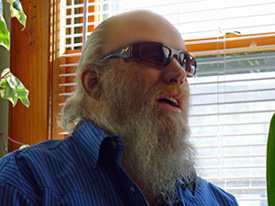 Billy Name, who in addition to having been the official Factory photographer of the '60s has also recently started a new modern art movement - Anté Art - is now exclusively represented by Kymara Artistic Management.

Poster issued by the L.A.P.D.

The Los Angeles Times is reporting that art collector Richard Weisman will not be making an insurance claim for eleven paintings by Andy Warhol that were stolen from his home between September 2 - 3, 2009. Although a $1 million reward has been offered for the works, there have been no leads in the case. There were no witnesses to the theft, no sign of forced entry, and other works of art in the home were left untouched. Weisman's collection of art was the subject of the book, Picasso to Pop: The Richard Weisman Collection. In 2003, paintings sold from the Weisman collection by a company set up by Larry Gagosian and Peter M. Brant were also the subject of a legal complaint brought by the U.S. government in regard to taxes they claimed were owed to them.

The L.A. Times article is here.

Nat Finkelstein, the photographer who spent about three years documenting Warhol and his Factory, died on October 2, 2009. Several books of his photographs have been published including Andy Warhol: The Factory Years, 1964-1967

(co-authored with David Dalton). His photos have been widely exhibited and reproduced in books about the Warhol era including on the front cover of the exhibition catalogue for the recent Warhol Live

show at The Warhol museum. His comments about his time at the Factory were included in the Guardian newspaper in 2002 in conjunction with the Tate Modern's Warhol retrospective which also featured his work. The article can be found here.

"Andy was a very hard-working artist, a working man. He hid this very carefully, creating the myth that his products just kinda appeared... Andy didn't need the story of Jesus and Mary to make a Pietà, just Campbell's soup cans and an idea. He took the artifacts of ordinary life and used them to create a mirror of society.... Andy was the Sony of modern art." (NF6)

We mourn the death of internationally renowned photographer – NAT FINKELSTEIN, who passed peacefully at his home in Upstate New York on Friday October 2, 2009. He was 76.

Born in Coney Island, Brooklyn in 1933, Nat Finkelstein was a graduate of Stuyvesant High School and attended Brooklyn College. He studied photography and design under Alexey Brodovitch, the legendary art director of Harper's Bazaar. Throughout the 1960s, Finkelstein worked as a photojournalist for the PIX and Black Star photo agencies, reporting primarily on emergent subcultures and the civil rights movement. In 1964, Finkelstein entered Andy Warhol's Factory as a journalist and remained for three years. His photographs from this period are now regarded as some of the most iconic of the time.

Finkelstein abruptly retired from photography in 1969, when a federal warrant was issued for his arrest, due to the incendiary nature of his civil rights activity. He left the United States, and lived as a fugitive for fifteen years, following the Silk Road through the Middle East. During this time, all charges against Finkelstein were dismissed, and he returned to New York City in 1982.

Nat Finkelstein resumed his photographic career, and has since exhibited his work worldwide. While best known for his images of Warhol's Factory, Finkelstein documented stories as wide ranging as civil rights protests for Life Magazine in the 1960s to the “club kid” scene of the 1990s. His monographs include The Andy Warhol Index (with Warhol, 1968), Girlfriends (1991), Merry Monsters (1993), Andy Warhol: The Factory Years (2000) and Edie Factory Girl (2006).

Finkelstein's photographs are in the permanent collection of The Metropolitan Museum of Art, New York; the Andy Warhol Museum, Pittsburgh; The Victoria & Albert Museum, London; The Ludwig Museum, Cologne; Centre Georges Pompidou, Paris; and the Smithsonian Institute, National Portrait Gallery, Washington DC, among many other public and private collections. His work can be seen in upcoming exhibitions, including “Who Shot Rock” at the Brooklyn Museum this Fall, and a retrospective at Idea Generation, London in December 2009.

Nat Finkelstein is survived by his wife, Elizabeth, and brother, Howard.

The New York Review of Books is reporting that one of the paintings that Anthony d'Offay recently gave to the Tate Modern was from the same series as the Warhol Self Portrait owned by Joe Simon-Whelan which he is suing the Warhol Foundation over.

In 1989 Simon-Whelan purchased a Warhol Self-Portrait which was allegedly one of a series of ten produced during the sixties. Simon-Whelan's Self-Portrait had originally been authenticated by Fred Hughes who was head of the Warhol Foundation after Warhol's death but when Simon-Whelan re-submitted the same painting to the Authentication Board several years ago the board decided it wasn't a Warhol and returned it to him with a "Denied" stamp.

It now appears that another Self-Portrait from the same series was both signed and dated by Warhol and was part of the collection of paintings recently given to the Tate Modern by Anthony d'Offay. The painting also appeared on the cover of the first Warhol catalogue raisonné by Rainer Crone published in 1970, but was not included (without explanation) in the current catalogue raisonné. The Authentication Board stated in a letter quoted in the article that "It is the opinion of the authentication board that said work is NOT the work of Andy Warhol, but that said work was signed, dedicated, and dated by him."

Richard Dorment, the author of the article in The New York Review of Books, notes that "Since the Renaissance, a signature is the way artists such as Mantegna and Titian acknowledge the authenticity of their work...This may be the first time in history that a signed, dated, and dedicated painting personally approved by an artist for the cover of his first major monograph, which included a catalogue raisonné of his works, has been removed from his oeuvre by those he did not personally appoint."

Dorment concludes, "One person who will be following the case with close attention is Tate director Sir Nicholas Serota. In 2008 Anthony d'Offay sold his collection of contemporary art to the English nation (accepting £28 million for a collection then conservatively estimated to be worth £125 million), an act Prime Minister Gordon Brown called "the greatest gift this country has ever received from a private individual." Among the many works d'Offay included in the donation was the self-portrait signed by Warhol... Until its status is resolved, d'Offay has been forced to withdraw the painting."

The full article from New York Review of Books article can be found here.

Alison Jackson's new film on Andy Warhol
to be shown on ITV on October 4, 2009

Alison Jackson's new film on Andy Warhol and the concept of "celebrity" will be broadcast on ITV in the U.K. on October 4, 2009 at 10:15 p.m. as part of the South Bank Show series hosted by Melvyn Bragg.

"Pop Life: Art in a Material World" opens at the Tate Modern on October 1, 2009 and will feature art by Andy Warhol, Jeff Koons Richard Prince, Martin Kippenberger, an assortment of YBAs and a new commission by Takashi Murakami. Two of the exhibition rooms will be for adults only (over 18).

Mario Montez to appear at the LIVE FILM! JACK SMITH! Festival in Berlin

Mario Montez will be making a rare public appearance at the "LIVE FILM! JACK SMITH! Five Flaming Days in a Rented World" festival taking place in Berlin from October 28 - November 1, 2009. It will be the first public appearance by Montez in three decades.

In addition to appearing in Jack Smith's films, Montez also gave a brilliant performance in Andy Warhol's Screen Test No 2, written by Ronald Tavel, as well as other Warhol films such as Harlot, Hedy (with the equally brilliant Mary Woronov), The Chelsea Girls and Mario Banana and other underground classics such as Ron Rice's Chumlum. The play version of one of Tavel's scripts for Warhol, The Life of Juanita Castro, will also be performed at the festival in homage to Tavel who also collaborated with Jack Smith but sadly died earlier this year. The play will feature German writer Rainald Goetz in the role of the on-stage director (played by Tavel in Warhol's film), artist Katharina Sieverding as Fidel Castro, filmmaker Bruce La Bruce as Juanita and actress Susanne Sachsse (who appeared in La Bruce's film Otto or Up with Dead People) as Raul. The part of Che Guevara is still to be announced.

The incredible line-up at the festival will also include lectures by Callie Angell (the most knowledgeable authority on Warhol's films today), Douglas Crimp (author of On the Museum's Ruins) and Jennifer Doyle as well as performances by Vaginal Davis, Nao Bustamente and others. Work by Tony Conrad, Gwenn Thomas (photos of Smith), Jerry Tartaglia, Wilhelm Hein and others with also be exhibited and new films by Ulrike Ottinger, Guy Maddin, Marie Losier and others will also be screened as part of the festival.

Curated by Susanne Sachsse, Marc Siegel, and Stefanie Schulte Strathaus, the festival will take place from October 28 - November 1, 2009 and is being presented by the Arsenal Institute for Film and Video Art and Hebbel am Ufer (HAU), funded by Hauptstadtkulturfonds Berlin.