to June 23 - 25, 1963: Billy Name does lights for the Judson Dance Theater including performances by Freddy Herko and Lucinda Childs and a dance named after Binghamton Birdie

Warhol star Fred Herko danced on a roller skate during his performance in a group ballet, Binghamton Birdie, that was part of Concert #6, just as he roller-skated his way through Warhol's film Dance Movie or Rollerskate the same year (probably made after Concert #6 had taken place.)

Binghamton Birdie was an actual person whose real name was Richard Stringer (AD311). He was the subject of two Warhol Screen Tests and also appeared in Andy Warhol's film, Couch. 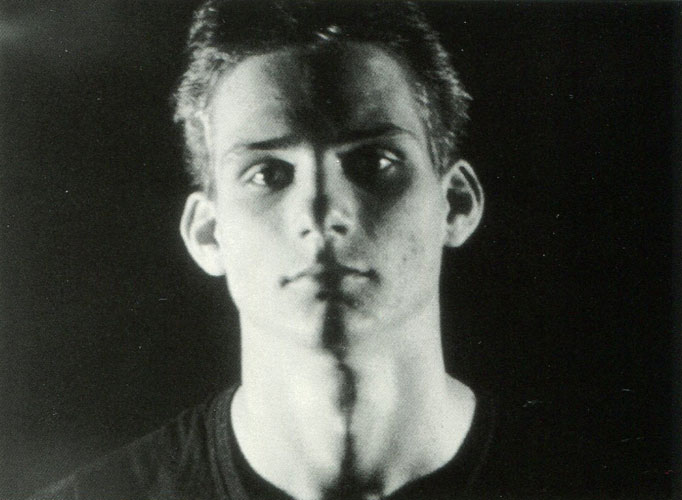 Binghamton Birdie, whose real name is Richard Stringer, was one of the "A-heads" or "opera people," a subset of the Factory crowd who shared an enthusiasm for opera, amphetamine, and staying up all night. Other members of the clique included Ondine, Rotten Rita, Stanley the Turtle, Billy Linich, and the Duchess; their original hangout was the San Remo coffee shop, but their gatherings shifted to the back spaces of the Factory after Linich moved in as Factory manager in early 1964. Birdie also appeared in Warhol's 1964 film, Couch, and was responsible for the pornographic wall of the Factory's silver bathroom. (AD38) 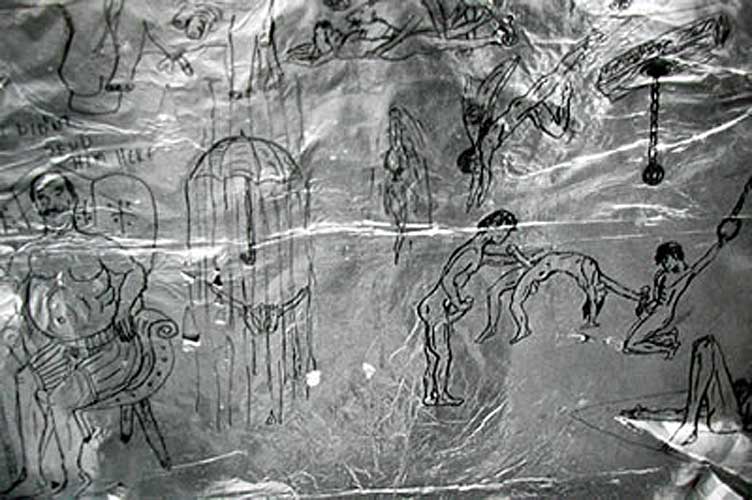 Billy Name, credited by his real name "William Linich" in the program, did the lights for all three concerts, with the help of Michael Katz. Sally Banes points out in Democracy's Body, (1993), "There is a small joke in the program credits that would only be apparent to someone who read all three programs. For Concert #6 it seems that Michael Katz was William Linich's 'helper.' On Concert #7, Linich was 'aided by' Katz. And on the third night, Concert #8, Linich was 'supported by Katz.' (JD235fn.7)

Allen Hughes reviewed the dances in the New York Times. Although referred to as Dance Theater Concerts #6, 7 and 8, Hughes' review was sub-headed "Avant-Gardists Give First Programs in a Church." [Italics mine.] This was despite the fact that Hughes had previously reviewed the first concert of dance at the church in the July 7, 1962 issue of the Times. (See Allen Hughes, "Dance Program Seen at Church: Unconventional Concert Is Give at Judson Memorial," New York Times, July 7, 1962, p. 9 and Allen Hughes, "Judson Dance Theater Seeks New Paths: Avant-Gardists Give First Programs in a Church, New York Times, June 26, 1963.)

In the sanctuary of Judson Memorial Church at Washington Square, a big, chandelier - like construction of self - playing drums rose from the lowered position in which it had been playing (agitatedly but quietly) in almost total darkness. A spotlight focused abruptly on a white curtain. An imperious whirring sound arose and through the curtain Fred Herko flashed in, looking beatific.

He wore black tights, a yellow-and-blue jersey with "JUDSON" emblazoned across the front, and, on one foot, a black shoe and his means of locomotion - a roller skate. His other foot was bare...

This was a portion of "Binghamton Birdie," Mr. Herko's choreographic contribution to the first of a series of programs offered by the Judson Dance Theater on Sunday, on Monday and yesterday...

Jill Johnston also reviewed the dances in the Village Voice (over two issues - the 18th and 25th of July 1963) but wasn't quite as impressed by Freddy Herko or Binghamton Birdie as Mr. Hughes had been.

The five sections of Mr. Herko's Binghamton Birdie cohere with that strange logic of parts that have no business being together, but which go together anyway because anything in life can go with anything else if you know what you're doing. The only moment that missed for me was the over-extended, display of Brooklyn Joe Jones' marvelous mechanical musical construction (suspended from the balcony). Mr. Herko danced around after that on one roller skate, but I don't think he did it soon enough. The pure choreography of the second and last section, six dancers moving before and behind the pillars supporting the event: Herko squat-walking in balcony, is lovely. So is the first black cape with a black umbrella for canopy, making a few sweet notes on a flute.

Herko also participated in a dance in Concert #7 choreographed by Deborah Hay. He and Lucinda Childs danced in All Day Dance. In Concert #8, Herko and Childs also danced in Arlene Rothlein's Another Letter to the Sun (for Charles Ives). 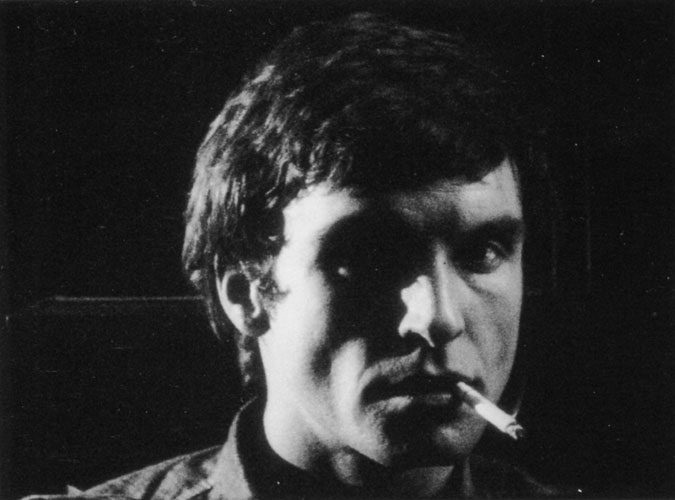 During the following year, Warhol filmed a Screen Test of Herko and two of Lucinda Childs. In addition to the Screen Tests, Herko also appeared in Warhol's Kiss, Dance Movie (or Rollerskate) as mentioned above, Jill and Freddy Dancing, and two versions of Haircut.

Lucinda Childs also appeared in Warhol's short film, Shoulder, in 1964 consisting of a close-up of her shoulder in a striped tank top. Her Screen Tests and Shoulder were probably shot on the same day as Jill Johnston Dancing (1964).

to June 23 - 25, 1963: Billy Name does lights for the Judson Dance Theater including performances by Freddy Herko and Lucinda Childs and a dance named after Binghamton Birdie